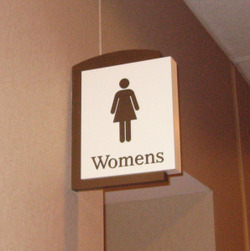 An Alarming Trend
One of the things that I have come to realize is that, by and large, educators have a poor grasp of grammar and spelling. Maybe this is isolated to the United States, but part of me fears that is not the case. Since nearly all of my adult life has been spent in educational circles, I have no first-hand knowledge of other fields. It amazes me how often I get emails from secretaries, teachers, and even administrators which contain a remarkably poor grasp of the English language. The sad part is that it’s often not accidental. They reuse the same misspellings throughout the same email, or even repeat them in further correspondence.

But The Problem Is Deeper
I could almost blow it off as technical or typographical difficulties. I really wish that I could do that. I so desperately want to, but I hear bad grammar when they talk. I don’t even mean conversationally breaking rules like ending sentences with prepositions or using slang terms (“Y’all hurry up,” etc.). It’s simply bad word choice such as “Set up straight,” “Do that for him and I.” Dangling participles, made up words, unnecessary redundancies, double negatives, you name it, I’ve heard it come from the mouth of a teacher.

But This Isn’t English Class!
That’s the excuse that my students give me when I correct them in class. My response is always that we speak English in this class, so we might as well speak it correctly. I admit, I was something of a grammar Nazi when I was in high school and it has carried through to this day. I generally am getting better about correcting adults, but it still bothers me.

But The Title Says 4 Tips
You may have noticed that I messed up the title. Obviously that was done on purpose, since the content of the post is about spelling, grammar, and punctuation. The job of a headline is to draw the reader in. If you are here, the headline did its job! So what are the four tips?

4 thoughts on “4 Tip’s For Being Respected”