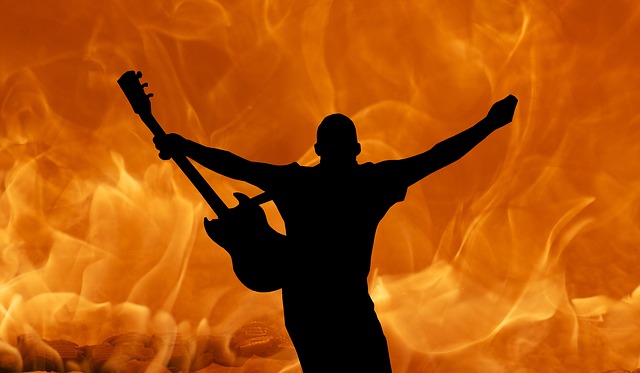 You want me to teach what?

Imagine my surprise the first day of my job one year when I found out that I was teaching Music History and that there was no curriculum for the class, no budget for it, and no textbook. The class was used to fulfill the fine arts credit that student needed to graduate, so I could reasonably expect that less than 25% of the students had any kind of working knowledge of music. In fact, most of them would inevitably want to listen to exclusively hip hop music and complain about anything that was produced more than 5 years earlier.

Somewhere around the 5th week of school when we were finally getting into the exciting world of Organum Duplum and just about to marvel at the innovations of Leonin and Perotin and the 13th Century Notre Dame school of polyphony, one of the polite and attentive students in the class quietly handed me a note that changed everything.

Now back to the story

Initially, it sort of upset me. He told me that the class was boring and that it was making him like music even less. It turns out, this young man actually played some guitar and knew quite a bit about the Beatles already. Making him like music less would not have been a good thing at all. And it got me thinking as well. Honestly, the class kind of bored me too, but it was what I had been assigned to teach. What else could I do? I decided that there must be a better way.

I decided from then on that I was going to treat it more like a Music Appreciation class, and change the focus of our study entirely. We would now focus on the development of American Popular Music rather than just on traditional classical music. After all, understanding the course of Popular Music would allow us to see some things from U.S. History in different lights. In addition, I really had never done any kind of intensive study of popular music, so it would be engaging for me as well.

At some point, we’ll dig into this class quite a bit more, because I had a lot of fun with it and ended up finding some music I never knew existed. And I liked some of it. And I grew a new respect for all music, not just the stuff that I understood. It has since become a primary hobby of mine now, and I know some of the students got a lot out of the course as well.

I suppose in a way I was fortunate that I did not have a curriculum tying me down. It sure would have been a lot easier if I had one, because the time that I spent studying and preparing for that one class period took my focus away from preparation for the other courses I taught that year. But ultimately, it ended up being one of my favorite classes that I taught. Ultimately, the takeaways I came up with were that:

I have come to realize that our instruction will never be perfect. That should not prevent us from putting forth our best effort. My future students will get a better education than my past students did. That’s a great thing! It means we are constantly seeking improvement.