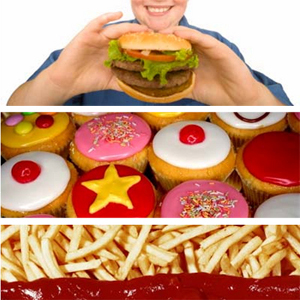 Junk Food. We hear the term tossed around all the time. What is junk food? Basically, it’s any food that lacks substantial nutritional value. White flour is a perfect example. They take something healthy (wheat flour), bleach it, and kill any nutrients that may have been there. Fried foods are another example. Soft drinks and desserts also have loads of sugar (or comparable unhealthy sugar substitutes) in them. I used to eat them all the time. Since this school year began, I stopped.

If it’s yellowish in color, it wouldn’t be a bad idea to avoid it! Tomorrow, we’ll look at how I have replaced the junk food.

In addition to drinking almost nothing by water, the elimination of junk food has allowed me to lose nearly 10 pounds since the school year began five weeks ago and nearly 15 pounds in two months. I also feel much better. Someone brought in a cake the other day and offered me a slice. I miss desserts (and I will have one this weekend), but it just looked too rich. I don’t remember a time in my life when I would have said that before. It’s crazy!