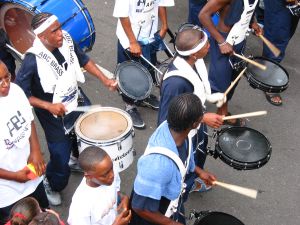 I have spent much of last week and this week with one of the high school band directors thoroughly analyzing our marching fundamentals for the high school band. Though this really doesn’t apply directly to what I do during the school day as a middle school band director, the process we have been through to rethink our entire marching system can be applied to a lot of things that I will do in the classroom this year.

I think it can also be applied to your world as well.

So what exactly have we done to make these changes? Here’s a basic outline. At the end, I’ll show how it will apply to my routine, and see if we can find some ways to apply it to yours as well.

So how does this all apply to me?
I think it may be obvious by now, but let’s look at how I am inspired by tonight’s conversation to overhaul some of what I’m doing as far as my teaching goes next year. I’ve done a preliminary trial of the first four steps on this blog before.

So how are some ways that you can see this being applied to your classroom teaching routine?