Skip to content
You are here
Home > Blogging & Technology >
4 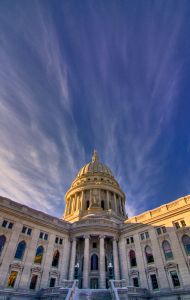 The most popular post I made to the blog in the entire month of August was The State of the Blog: 08/01/07. I glanced through it again today and was impressed by the changes that have happened in a month. Specifically, in the readership and authority arenas. it’s funny how a little change each day is much less noticeable when viewed daily than it is when viewed from a greater distance.

While numbers fluctuate from day to day, FeedBurner tells me that I have averaged 52 subscribers throughout the last 30 days. That number is up to 60 as of this morning. A month ago, we were hanging at 35. My Technorati Authority number has gone from 13 to 24 in a month.

What that means is that with 10 new content posts this month (we’re excluding flashbacks and weekend wrapups), the readership and link numbers have doubled.

The school year, and especially the marching season, are very difficult for me as far as free time goes. While I don’t have papers to grade after school each day, I do have 2 hours in the sun trying to beat the Texas heat three times a week, in addition to football games and marching contests.

Limited free time means less time to write articles on here, and MUCH less time to post comments. If it weren’t for the Weekend Wrapup articles, I don’t know how much “link karma” I would be getting. But I continue adding to the site.

I have put my Google AdWords advertisement on hold, so the only people coming to my site from Google are coming as the result of real searches. And the site has averaged more than 19 hits a day from search results this week.

Comments on my site have died down, but I think that is the direct result of my comments that I leave dying down, so I’m not upset. The ones that I get are still good.

I have received a whole lot of comments from people who have stumbled across my site, or just plain read the site. I spent some time today looking over their blogs, many of which I already subscribe to, and picking out one post on their home page that I liked. Here ya go…

Nobody contributed to help me change the world, but I have exchanged emails with Tim Ferriss and did some of the legwork, and he is now working to try to see what can be accomplished. I’ll give more details later on…

Overall, I am happy with the continued growth of the blog. I have a lot of things going on right now and a lot of things on my mind, both personally and professionally. The weekend will usually be my catch up time, but I also have to catch up on housework, financial responsibility, spending time with my dogs, and relaxation.

If you find anything useful on my blog, feel free to print it out and pass it along to friends. Even better, email it to them, and suggest they sign up for email or RSS updates!