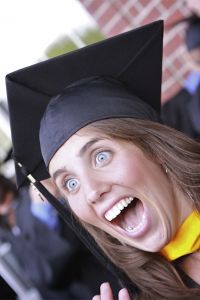 This blog has brought some exciting and unexpected things into my life. In this article, I’ll discuss some of the biggest surprises that have come about as a result of this.

A brief background
It was about a year ago that I first began to really get into blogging. I knew of blogs and actually had a few on livejournal and myspace for a few years. I was vaguely aware of RSS back in 2002 when it first came on the scene and began to gain some popularity. I just had never really gotten into the whole blogging thing.

I began reading blogs some and started learning. I was inspired. But I still never ventured into the “edublogosphere.” In February, I began writing down some of my thoughts on teaching, but didn’t read other teacher blogs. It wasn’t until June before I sat down and began to make a conscious effort to make So You Want To Teach successful.

I moved from my blogger domain and actually set up my own domain over here. I began adding some stat tracking stuff and really started to make a go at it. I found blog carnivals, I found TeacherLingo, I began to interact on other blogs. Before I knew it, my blog has begun to get some pretty high traffic levels. Quantcast says that it is getting nearly 9,000 pageviews per month, and over 75 unique visitors per day. The growth is relatively healthy growth, but a few surprises have really helped me out.