Skip to content
You are here
Home > Blogging & Technology >
207 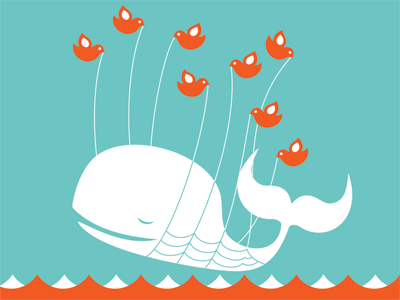 When I first read Mashable’s article 10 Ways Twitter Will Change Blog Design in 2009, I was a bit reluctant to buy in. I mean, I had heard of Twitter before. I even got a Twitter account way back over a year ago. But I didn’t really explore it much, and I didn’t see the point. But as I read the post on Mashable and its comments, I began to see that Twitter was something I should begin to explore much more in-depth.

I have come across a few resources about Twitter for teachers lately that I thought you might enjoy.

Plus, check out these blogs to learn more about Twitter:

Back in March of 2008 when I first posted about Twitter, I got very few comments on how people were using it. This time around, I’d like to follow you. I want to encourage everyone who is reading this (yes even you!!! – the person who has never commented on a blog before) to leave a comment and tell us how you use Twitter.

I am trying to figure out how to add Twitter IDs directly to my comments, and plan to have that implemented by the end of the week. Hang in there…until then, please post your Twitter ID to let us all know, so we can follow you!