Parents, Students, And Teachers…Whose Right Is It Anyway? 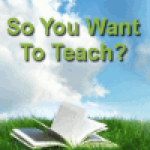 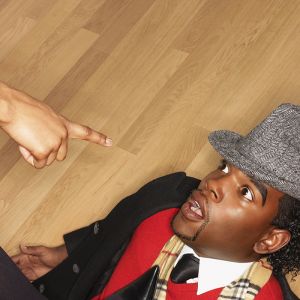 Recently, I have come across a number of people writing about rights in the education sense.

Some seem to pit parents, teachers, and students all against one another. Some seem to think that parents and students gang up against the poor teachers. Still others throw the wicked old administrators into the mix. It seems most of the bloggers I’ve read seem to have the teacher as the poor, mistreated, valiant hero against whom all the evil forces of society are lashing out. And then there are those who have it out for the Conservative Republican upstate hacks who call themselves “consultants” (see the comments on Matthew’s blog).

Whatever the case, it seems the discussion of parent-teacher relationships and dynamics bring up heated discussions on all sides. It all started here.

As I have said before, I see education as primarily a customer service industry. We provide the parents and community (our customers) with educated children. But Edna disagrees. She writes:

While she has some valid points, I think she misses the main emphasis. Again, my presupposition is that we are supplying the public with educated students. Students who are not “successful” (i.e. students who do not learn the information and perform well enough in their classes or on standardized examinations) generally would not be considered to be educated students.

We may come from different views, but I still believe that most parents can be reasoned with and have hopes that an agreement can generally be reachedIf we fail to provide the educated children that we purport to be providing, is there any wonder that our “customers” might be displeased? And rightfully so! Who wants to send their child out on a sinking ship? If our districts are not making positive strides toward improvement, then how can we come back and say that we are wisely spending the district’s resources?

I think that these articles have some good insight. What blows me away though, is just how much pent-up anger many of the commenters seem to have. For another example, read the rather lengthy responses to Joanne’s brief post.

On a completely unrelated note (and yet somehow related nonetheless), Mister Teacher writes and solicits responses of the most unusual parent teacher conferences. For a lighter side of the whole situation, go there.

Next, we come to a series of articles about student rights
As I wrote before, there seem to be some major underlying problems with public education.

It started with one post on Dangerously Irrelevant of 7 videos taken on cell phones by students of teachers.

Seth mentioned it on his marketing blog and said that the teachers have a marketing problem.

Cam mentioned it on his marketing blog and said the schools have a product problem.

I mentioned it on my blog and said that teachers have marketing problems, schools have product problems, and society has a value problem with public education.

Matt Johnson weighs in (pun intended) with his own thoughts on the subject over at Going to the Mat.

All in all, an interesting group of articles here. Lots of food for thought. Lots of room for agreement and disagreement. I would encourage you to share your thoughts on these articles both on the linked blogs as well as over here.

Do you have any articles on parent or student relationships and rights in the classrooms? Post them in the comments below and we’ll all collectively take a look at them and leave our own comments!

10 thoughts on “Parents, Students, And Teachers…Whose Right Is It Anyway?”

5 Signs You’d Be A Great Teacher

How Teaching Technology is the wave of the future?