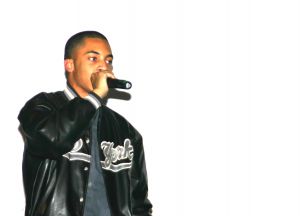 This summer I made the decision to go on a somewhat extensive tour of a few of the major cities in the Northeast United States. During the process, I reconnected with my friend Nelson, with whom I marched drumcorps 17 years ago. I haven’t seen him in the intervening years and so it as been great to catch up with him the past few days. It turns out that he has spent the last few years doing comedy in and around the Chicago area.

We went to The Second City Comedy Club last night and watched a completely improvised musical about a Golden Fleece. We have talked extensively at meals over the last few days as well. Some of our conversations have clued me in to the fact that a lot of skills I have learned in my eleven years of teaching are exactly the same skills that he uses when he does stand-up and improv comedy. So in David Letterman fashion, here are Joel’s Top 10 Similarities Between Teaching And Stand-Up Comedy:

In improv, one of the basic rules is to set the other guy up for success. Sometimes helping may come in the form of giving the other guy a chance to assume the role of your

9. Be kind to everyone
From a good friend to the manager of the comedy club to the hostesses working at Uncle Julio’s to the cleaning lady at some museum, be nice to everyone. Take an interest in everyone. It costs you nothing, but when we got the the restaurant on a Saturday night in downtown Chicago and didn’t have to wait in line before our table was ready, it made sense.

8. Come into every situation with a basic outline

Know your oplan. Know where you are headed. You cannot accomplish a goal that you don’t set.

7. Whatever happens, roll with the punches
Life will not work out as you want it to. Maybe like me this year, you’ll have a fire drill during the passing period while students are in the hall and don’t know where in the world to go or whose class to go with, following the fire drill and finally getting your class settled down, the superintendent and an entourage will come into your classroom and stay there for 20 minutes and ask your students why they like your class. Maybe that won’t happen. In an ideal world, that kind of stuff doesn’t happen. If you live in an ideal world, let me know!

6. You won’t get anything that you don’t ask for
Nelson told me about a game that he made up years ago called “The Free Game”. He will sometimes play it with friends and they basically spend a set period of time seeing what they can get for free; whoever gets the most wins. I’ve never personally done it as a set game like that, but I know I do that from time to time. In teaching also, you practically never get any favors you don’t ask for. Unless you’re dealing with a vindictive bully (not that any of us has ever met such a mythical creature as this), the worst that can happen is you won’t get whatever it is you asked for.

5. Embrace mistakes, as they are your path to future success
If you mess up, that simply means you’re human. Admit it and move on. There is a time to pretend that you’re right, but there is also a time to admit that you’re wrong. Know the difference and take charge.

4. Every day is a new day, learn from your mistakes
Don’t make the same mistake over and over. Repeated mistakes are ingrained bad habits, which is a far worse problem than a simple misstep. If it’s a major issue, it will take intense effort to root out the problem, so you better get to working on it now. It’s never too late to overcome a problem. No matter how old you are, now is a better time to start than earlier.

3. Pay attention to your surroundings
If your audience is zoning out, it’s time to change things up a bit. He told me about one gig with Los Improviachis was improvising a song and it ended up turning into a playful song about one of the audience members who was messing with her cell phone throughout their entire performance.

2. Some people will clap for anything, others will clap for nothing
You cannot judge the quality of your performance based on the response you get. I know I have had experiences where I think my class got something so well and they show up the next day completely oblivious to all the work we had accomplished yesterday. Other times, I feel completely worthless until a few days down the road and I overhear one of my students mention to another about something that we worked on during that entire “wasted day”. As long as two people have heard you, you will always have fans and you will always have haters. Always. Get over yourself. Please! :)

READ  Quitting Teaching, A View From A Former Teacher

1. Confidence is Key
Without question, the biggest element of a successful joke is the confidence of the one who delivers the joke. If your audience can tell you are passionate about a topic, then no matter how mundane, they will grow more passionate about it as well. Even something as mundane as Hot Pockets. As evidenced by this video of Jim Gaffigan.

So anyway, Nelson has a video podcast that he does. It doesn’t apply to teaching directly, but I invite you to watch it, follow him on Facebook or Twitter, and see how he models some of these points.

Feel free to check out: