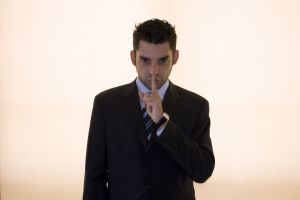 So I wrote Shut Up And Teach! yesterday and have gotten mixed reactions from it. Some have argued that my points were good while others have complained that I am advocating tying the hands and muzzling educators to prevent them from fighting for social justice. People have even gone so far as to write articles in response. Whatever the case, I enjoy the conversation that has developed.

This tells me one of two things. Either:

Investigating the arguments
I am completely wrong and totally out of line
These arguments include the facts that some school districts are using NCLB as an excuse to mandate specifics for the classes, down to where desks must be placed. Others said that telling teachers to shut up and teach is like telling Dr. Martin Luther King to shut up and preach.

That first argument is not an argument to abrogate No Child Left Behind law so much as it is an argument against administrators (and other yo-yos) who take things out of context and using NCLB as an excuse to add unnecessary rules. But again, we are complaining about administrators. Some quixotic people seem to get carried away in an ubiquitous vitriolic anti-administration furor. Complaining in and of itself is fruitless, though.

The other argument about Dr. King is really a red herring. To compare teachers to Dr. Martin Luther King, Jr. or any other civil rights advocate is to assume the role of victim in the whole situation. As I wrote yesterday:

That seems to be the perfunctory choice of some teachers. MLK was not out there merely complaining. He presented solutions. He helped Jimmy Carter get elected, among other accomplishments. But the argument is still misguided.

That’s misleading. More accurately, telling teachers to shut up and teach is like telling Martin Luther King to shut up and be an ethnic minority. He was already doing that. He was also preaching. My contention was that one of the best ways we can teach children is to teach them to be successful. So let’s look closer at option two.

I am at least partially right and hitting too close for comfort
I think the key here is to correctly define complain. We see that there is not a single mention of presenting solutions. Complaining simply for the sake of “getting something off your chest” without providing realistic and viable solutions is for all intents and purposes the same as wanting to be run a marathon and never training. We can have all the desire we want, but lashing out by complaining really isn’t the appropriate way to solve it. I just don’t see Eeyore as the best teacher for my children.

I find it difficult to believe that teachers who make it a habit of complaining about things without offering solutions will be doing their very best job in educating children in the classroom. That is, unless they are teaching political science or social studies. But even so, solutionless arguments are really not arguments at all.

If nothing else, I have encouraged dialogue and a greater understanding of differing sides of the issue. Perhaps it should be quid pro quo. I admit that there are teachers who are teaching, and are still out there fighting the perceived injustice of NCLB, and you admit that there are also a plethora of teachers who use NCLB as just another excuse to fight the man or complain about something.

Now I’m going to San Antonio for a convention, although sometimes I wish I could just go to Argentina or Belize and get away from it all! :)

5 thoughts on “To Shut Up Or Not To Shut Up? That Is The Question”