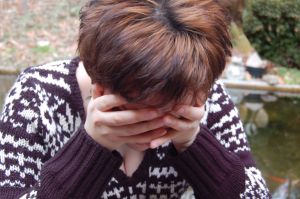 So on Tuesday, I wrote about an incident I had where I was awfully sarcastic with a student and it upset him. I received some great comments. The conversation is continuing over there. If you haven’t chimed in, now would be a great time to do so. And better yet, subscribe to receive comments so you don’t have to keep going back to check and recheck.

So what did I do? How did I respond on Wednesday?
Well, basically, I started out the percussion class by having them all sit in a row. I got them quiet and talked with them some. I asked them what some things were that they would change.

As I expected, the most common responses were of the “Don’t yell at us” or “Don’t use the word stupid” or “Don’t make people cry” variety.

I changed the way I am approaching the percussion class. It makes my life less stressful.

Instead of working the music in class, I am giving them more responsibility to learn the concert music on their own, and I am working with the entire class on technique and rhythm reading skills. I will get some percussion ensembles together to work on soon also. This allows everyone to participate, thus eliminating the time that they can misbehave.

I changed the way I am approaching the percussion class. It makes my life less stressful.
Then I actually apologized to two students for being rude to them. One was the one I mentioned yesterday, and the other one is failing 6 of his 7 classes. I mentioned that more than once in the class.

Everything inside of me wanted to call them into my office and talk with them privately. Then I realized that I had basically publicly humiliated them, so I ought to publicly humble myself by telling them I was sorry in front of the whole class. They’re 7th grade boys, so hopefully they will understand that I intended no harm.

So what about the principal meeting?

It hasn’t happened yet. He had an appointment at 3:00 today that he was going to try to reschedule. While I was in the office, they told me that he had a 3:00 meeting. So I guess he didn’t reschedule. No big deal. I’ll talk with him soon, I’m sure.