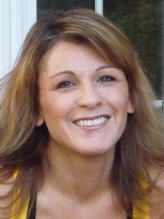 If you haven’t visited Angela Maiers’ blog before, you’re missing out. Her blog turned two years old today. She has been blogging for almost as long as I have, and was one of the early commenters on my site who really inspired me to continue pressing on. One of the things I most respect about Angela is her obvious patience with children and her desire for them to be educated as well as they possibly can be. Thanks for everything you are doing for 21st Century Educators, Angela!