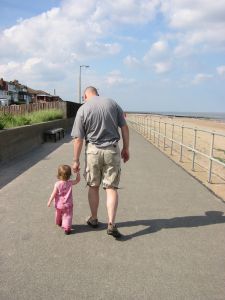 As with most, I noticed that I had some days where the kids were good, and others where they were bad. It was just so unpredictible. But why?

What made those days so unpredictible?
I honestly think it was a combination of things. But the most important factor in the behavior of the kids had to do with how much dead time they had. How much time they were unoccupied and had to find something to do to keep themselves occupied.

How do you keep them occupied?
The academic term for keeping kids occupied is pacing. Essentially, this means that we have to learn how to run our class (or rehearsal) as seamlessly as possible and make the most effective use of time.

Sometimes this will involve almost entertaining the students during a lecture (my buddy Jonathan compares teaching to being a game show host). Sometimes, it will involve keeping a class occupied while you work with one or two students. It always involves structuring the time to avoid completely dead time. This is usually accomplished by teaching bell-to-bell.

Some keys in pacing
As a band director, much more of my job is improvised than a lot of other teachers. I have to respond immediately to diagnose, prescribe, and eliminate problems. Some basic guidelines I use in keeping the flow moving include:

When I first began to really get a handle on classroom management and pacing, I realized how much more calm I was able to be in the classroom. The result ended up being that I have less problems and actually have to teach more.

Most of the pacing problems can be controlled by good lesson planning. But sometimes, life is more important than lesson plans. When life happens, the pacing skill can be supremely important!

7 Comments on Pacing: What Every Great Band Director Knows