Skip to content
You are here
Home > Classroom Management >
350 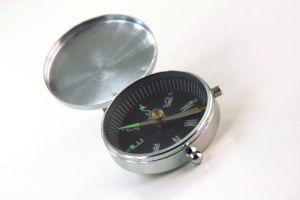 I took the day off from blogging yesterday because it was Mother’s Day and I play in a mariachi. If you don’t know what that means, I started playing serenatas (Mother’s Day Serenades) at 6pm Saturday afternoon, wrapped up a little after 8am Sunday morning, then played for another 4 hours Sunday afternoon. We played three songs 40 different times, and also had a one-hour gig in somewhere along the way. With a church service thrown in on Sunday morning for good measure, it probably goes without saying that I was exhausted yesterday when we finished up. But now I’m back and ready to go!

Be prepared
One of the primary reasons we lose our temper and los control of a classroom setting is because something surprises us or catches us off guard. If we can predict our reactions to these recurring, yet unpredictable events, we will be in much better shape to respond appropriately, maintain our cool, and maintain classroom control. Just as it is the Boy Scout’s motto, “Be prepared” applies well in most every setting.

When I was student teaching, my cooperating teacher was out one day and a sub was in there. While the students wereall quietly  watching a video, one of them screams out profanity and drops a big ol’ “F-Bomb” right in the middle of class. I didn’t know how to respond, so I called the teacher and she walked me through the process.

When I was a first-year teacher, I had students who just flat out argued with me at every single turn. Nothing I did was right, everything the previous band director did was golden. Even though the band got straight 4s before me, and I brought them up to straight 3s. I had one student whose mother worked in the district, but no amount of emailing her produced effective changes in his behavior.

We’ve all been there. Some unexpected thing happens, we don’t know how to respond, and we just lash out with some sort of reaction. The difference between a response and a reaction is that the response is premeditated, and the reaction is instinctual.

Today’s assignment
Plan how you will respond in the following situations:

There’s no right or wrong answer here. But having a plan gives you so much more confidence when this type of situation arises. After you plan through some of these things and begin to actually see them happen, your reactions to unplanned events will fall much more in line with how you had planned for different circumstances. Planning is the key.