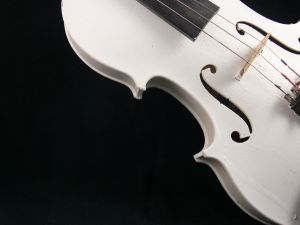 The new year always brings with it a certain air of excitement and a new set of challenges. 2010 is no exception. With the first major chunk of the 2009-2010 school year out of the way, I’m looking back on where it has taken me and there are, quite honestly, a great number of changes that I see as being pressing needs in my life. Over the course of the next few weeks, I’ll be looking more in-depth into some of these changes and really digging into where I see things headed.

Entering this year, I am 31 years old. While this isn’t old by any contemporary standards, I also look at some of the notable people throughout history and realize that many great accomplishments had been attained by the time people turned my age. As I consider this, I wonder just what kind of a legacy I am preparing to leave behind.

I have been thinking about this for a while. Are He was a great teacher or I was inspired by his blog posts or His Twitter updates were amazinlgy poignant really the kinds of things I want to be remembered for primarily? Sure these may be good things, but are they the best things? I bet they are for some of you, and if that’s you, more power to you! But this isn’t where I see myself really intending to go. It just seems to be where I have found myself. With this in mind then, I want to pass on a story I heard years ago that has really been bugging me for a while now.

The power of planning
From Developing the Leader Within You by John Maxwell:

William James said that the art of being wise is the “are of knowing what to overlook.” The petty and the mundane steal much of our time. Too many of us are living for the wrong things.
Dr. Anthony Campolo tells about a sociological study in which fifty people over the age of ninety-five were asked one question: “If you could live your life over again, what would you do differently?” It was an open-ended question, and a multitiplicity of answers constantly reemerged and dominated the results of the study. These were three answers:

A young concert violinist was asked the secret of her success. She replied, “Planned neglect.” Then she explained, “When I was in school, there were many things that demanded my time. When I went to my room after breakfast, I made my bed, straightened the room, dusted the floow, and did whatever else came to my attention. Then I hurried to my violin practice. I found I wasn’t progressing as I thought I should, so I reversed things. Until my practice period was completed, I deliberately neglected everything else. That program of planned neglect, I believe, accounts for my success.”

I’ll share with you later on what some of my goals are, but I’m curious what your plans for 2010 are.