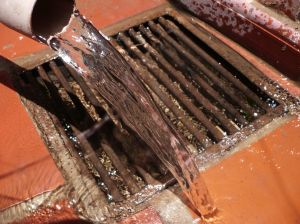 This is the first time I’ve heard about this and thought it interesting to pass along. According to Mike in Texas, there was a school in Denmark (isn’t it always in Denmark?) where the students have an end of the year tradition of stripping for the faculty. This fact is not the concern or the issue at question. The problem is that some of the girls evidently got carried away and, in the words of the principal, “I think they forgot what they were doing and where they were. But my concern now is not to punish anyone, but protect the girls who are now all over the internet.”

In his blog, he says:

I haven’t checked any of the far-right anti-public school religious reform sites but isn’t Denmark one of those countries they always mention as having better schools than us?

Being a fellow teacher in Texas and one of those self-proclaimed “far right anti public school religious” people, I thought I’d respond. What? I’m a teacher and I am anti public school? Not entirely, but more than most.

So does Denmark have better schools?

I have never heard Denmark’s education system lauded as being better than the US. Basically, my understanding is that most of us far right folk are more interested in keeping the parents involved more heavily in the lives of the children. Many feel that homeschooling is perhaps the best option to do that. I would agree. At the same time, I don’t believe that everyone is capable of making homeschooling work for them. In these case, I think that public school is usually the next best option from a financial standpoint.

What about research that shows higher scores for private schools?

Those studies are flawed because they rarely take demographics into consideration. My understanding, both from studying the test results as well as from experience, is that the students who do well in public schools are the same ones who would do well in private schools. And the students who do poorly in public schools would do similarly poorly in private schools. The difference is one of motivation. Motivation is an internal deal.

So why are public schools better?