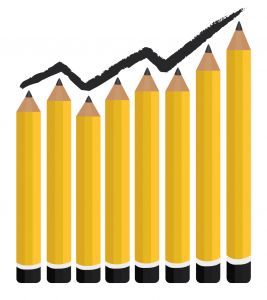 Back in January, NPR’s Planet Money podcast ran an episode entitled How Much Is A Good Teacher Worth? On the episode, they argue that the difference between the best teachers and the worst teachers is huge in terms of earning potential of the students over the course of their careers.

While some of the findings may be questionable as far as correlating grades and test scores with future success, as a general rule, I think the concepts do hold true and definitely worth a listen.

On today’s podcast, we consider a plan to dramatically grow the U.S. economy. The plan has nothing to do with banks, stimulus, tax cuts or the Federal Reserve. Instead, the plan focuses entirely on â€” public school teachers.

Economist Eric Hanushek has been researching education and the economy for four decades. In aÂ recent study, he tried to put a monetary value on good teaching.

Hanushek says a good teacher’s contribution to the economy could be as much as a half a million dollars per year.

If it works, you’ll be able to listen to the episode in its entirety below: