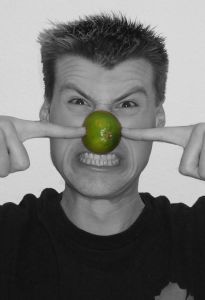 Lack of focus
This was my first year to be stationed at one campus all day long and have another band director working with me all day long. We also had the string orchestra director and choir orchestra director share the office with us in the morning or afternoon respectively. This made my morning routine very different from what I had established in the past because having them in there just changed the dynamics of the day. I usually like to spend the morning preparing both chronologically and psychologically for the upcoming day. I like to have the office quiet and relaxed. We had students in there talking with, we had people watching news videos online, and we had other directors trying to talk to me about things that had nothing to do with work. My view is that if I am at work, I should be doing work. I relax a bit during my lunch and conference periods, but generally avoid non-work-related endeavors during work hours. Other people don’t share this conviction.

Lack of communication
Having another band director working with me was tremendously helpful. Unfortunately, I did not communicate nearly enough with him what I wanted to do or what my expectations were for him. We would get to the end of a school day sometimes and I’d look back and ask myself what we had accomplished that was going to help us reach our goals. The reason I couldn’t find an answer, all too often was poor communication with each other.

Lack of patience
Sometimes, the result of poor communication was that I would correct him in front of the students. That is a behavior that I am working diligently to erase from my life. It is never acceptable to correct a colleague in front of others, unless their actions will directly lead to hurting someone else. I also was not patient enough with students. I am generally better at this than I have been in the past, but there is still a substantial room for improvement.

Lack of documentation
I didn’t write enough stuff down. Whenever I call a parent, I should keep documentation that I actually spoke with someone, what phone number I used, with whom I spoke, and what was discussed. Whenever I assign a negative consequence for misbehavior, I should write it down. This prevents me from having to trust my own memory as to how many times this child has had lunch detention or whatever.

Taking myself too seriously
While it is good to have high expectations for the students, it is also fine to smile more. The choir director told me that I get worked up because I haven’t mellowed yet. Maybe it’s time for that to happen. We’ll see.

Allowing bad behaviors to persist
While I spend the first week embedding classroom procedures into the psyches of the students, there are certain behaviors that I still allow to slip through. It always starts as a trickle, and then becomes a floodgate if not stopped immediately. I did better in this regard with some classes than others. Sixth grade flute class at the end of the day is much more difficult to keep quiet than first period ANYTHING. It takes more effort to keep the girls quiet at the end of the day than it does to keep the sleepy children quiet at the beginning. I did not put enough effort into this, and it showed much more evidently later on in the year. As I have mentioned before, classroom management is the key to successful learning.

Yelling at people for my own mistakes
This was a result of me being irresponsible. In his book, The 7 Habits of Highly Effective People, Stephen Covey defines responsibility as the ability to respond. When we have something happen in the classroom, we choose either to respond or react. Most people react most of the time. Responses are preplanned. Reactions are instinctive. Obviously, the goal is to make calm thing the natural instinct so that when you react, it is not confrontational. Planning for what might happen and how you will respond (not react) is a great way to avoid yelling at people. This includes students, but also myself and other teachers. Bad idea, in every regard. I am much better in this category than I was when I first started teaching, but any yelling is too much.