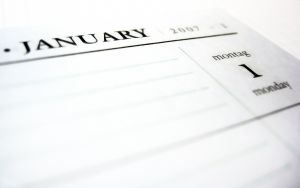 As we begin the summer vacation, I am looking back on what went really well this year, what didn’t work so well, and what needs to change for next year. Below are some of the positives about this year:

Having a plan before the year began
Even before the school year began, I had a pretty decent idea of what music I wanted the kids to perform throughout the year. What this ended up doing is that it allowed me to gear the daily teaching to make sure that those goals could be accomplished. I had an idea of what Christmas music we wanted to do. That helped us to determine what skills were absolutely necessary, and which ones could wait until later. Applying this same concept to classroom teaching, if my students must take a standardized test at the end of the year, I will do everything I can to be sure they can pass that standardized test at the end of the year. This is not teaching to the test in the traditional sense. More on that below…

Establishing classroom procedures from the beginning
We spent the first week doing very little other than going over classroom procedure. These include how to enter the classroom, how to behave during class, how to get permission to use the restroom or get a drink of water, what to do at the end of the class. This is something I overlooked in my first two years of teaching. I was excited and wanted to get the kids playing. I am convinced that every minute spent teaching behavior during the first semester is extremely valuable and that every minute spent teaching behavior in the second semester is extremely wasteful. After one semester of working with you, they know what will and will not be allowed.

Maintaining open communication with parents
I sent out emails about twice a month to a list of parents. That news was posted on a blog for parents and students to see, as well as having all events on a calendar on our website. Additionally, I return nearly every phone call and respond to every email from a parent or student.

Having performance expectations that exceed what is expected of me
When we went to our band competition in May, we had already performed the music for elementary students from 8 schools. When working with any group of people, you cannot aim to be ready when you need to be ready; that gives you no room for delays of any sort. Working in education, there are always delays of some sort. Assemblies, fun day, snow days, tornadoes, structural problems with the building. Flexibility is vital. If your plan has no flexibility, your plan will not work. Back to the classroom teacher mode, if we have a standardized test in April, then we need to aim to be ready to pass that standardized test by the beginning of March. This way, when educational life throws those inevitable curve balls, they will be taken in stride. Simply planning is not enough. Did you get that? I said that simply planning is not enough. You must do more than plan. You must work hard to make sure that plan succeeds and goes above the mere expectation. Using the “Best in the world” concept from The Dip, we can say that our goal is to be the very best math teacher (or whatever) in our campus. When that happens, we expand our world. Maybe we’ll be the very best in the district, maybe best teacher period at our campus (even though Teacher of the Year does not necessarily reflect that). Whatever works for you. Minimize your world, be the best in it, then create a larger world and be the best in that.

Marketing
I shamelessly marketed throughout the year. Setting up the website, emailing school staff, sending out recordings of the Christmas concert, going with the 7th & 8th grade bands to talk with elementary students. I wrote an editorial in the newspaper about the high school band, and I wrote an article about the beginning band’s success at our competition. I sent out emails to elementary music teachers, went and talked with them as much as I could. We hyped up the band at the end of the year, calling them “the award-winning” band.

Customer service
I did this some. Not to the degree that I would have liked, but with two directors there, we were able to joke around with each other and the kids. Ultimately, the goal should be to have a fun learning environment. Read the book Fish! for more on this concept. Great book. I have written some about my vision to approach teaching as a customer service experience before, so I’ll leave this alone for now. I’m sure I will revisit the concept later on.