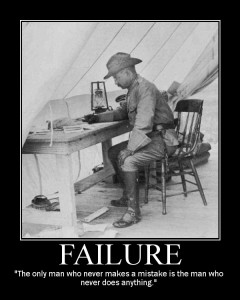 This year has been one of learning for me. Physical activity has been a struggle for me for years, and so in January when I decided I would set out to run a 5K this spring, it was a shock to pretty much everyone who knows me.

The thing that has most intrigued me has been how much I have learned about life just from this one decision. I intend to spend the summer writing about these topics quite a bit. I also plan to dig into some of the other series that I began on the blog and for whatever reason never completed. Needless to say, I have a good bit of reading and writing that I will be doing over the summer. 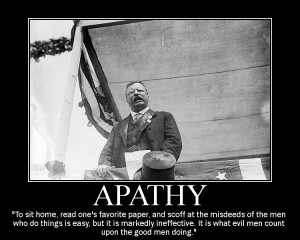 Some of my long-term readers are surely looking forward to that as I have been pretty sketchy as far as my writing has been over the past two years or so. I blame it on getting my iPhone in the Summer of 2008 as well as my shift to spending more time on Facebook (and more recently Twitter). On top of the less frequent posting on here, things get compounded as I get disappointed with myself for waiting too long and not posting. So the added shame adds up and leads to inaction. 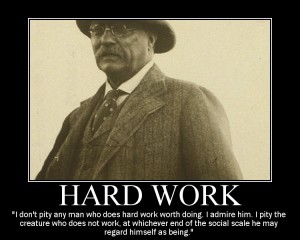 It’s not entirely that extreme, but it has been tough for me to start writing a lot of times, even though I have these grand ideas. Then it hit me:

This is the same struggle that many of our students experience.

Math used to be much easier, but now it’s difficult and so they worry that maybe there’s something wrong with them. So instead of pushing through the discomfort, they ofttimes give up entirely. Spelling, music, grammar, whatever else. It’s there. 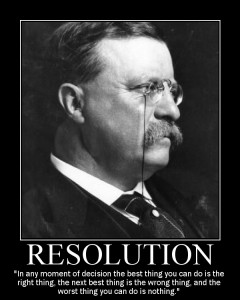 The very thing that keeps me from joining a gym even to this day is the same thing that debilitates all of our students in one area or another. It stops us all numerous times a day. Fear is insidious. It keeps us from risking. I believe fear is why some teachers remain ineffective for far longer than they should. I know for sure it’s why I was bad my first two years. I didn’t want to admit to my friends that I was a bad teacher. So I just pretended that it was because I had bad students.

Sure we’ll have a bad batch here and there, but when we consistently find misbehavior and laziness being characteristics of most of our students, then the problem is within us. 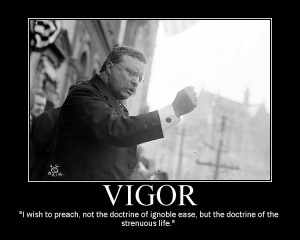 Today, I came across the following quote on Twitter that summarizes this concept pretty well:

“Do what you can, with what you have, where you are.”
— Theodore Roosevelt

Nike says Just do it. Get out there and try something. If you mess up, at least you have attempted something great. Without risk, there can be no reward.

If you like the above quote and the pictures included in this article, be sure to check out more of the Theodore Roosevelt Motivational Posters over at The Art of Manliness

3 thoughts on “Do What You Can”