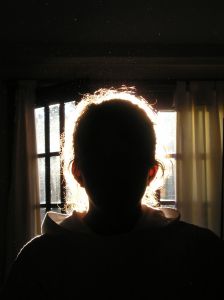 I’m currently student teaching. I’m very passionate about music and music education. A couple of years ago I felt a sudden terror when I recognized I was nowhere close to ready to be a successful teacher, and I started delving into as much material as I could and doing whatever else I could (camps, etc) to get ready. Your blog was one of the first good, free resources I found, and I’ve been reading ever since. So first, thank you for your contributions.

This past summer I had a friend start a music blog, and I thought, “Wow, that’s a great idea.” I love to write, especially in reflection and with the goal of learning from my experiences. I also enjoy helping others, when possible. So I thought a blog sounded fantastic. I started one, and it actually developed a regular readership (small, but consistent when I was consistent). It was actually kind of scary in some ways, because I wasn’t even student teaching yet. Who would actually care what I had to say? Anyway, I ran into a snag when a friend, who let me clinic his band, was unhappy over how I described his band. In a case study like fashion, I described the size of the school and level of the band in very broad terms, but with the goal if putting the tactics used for improvement into some sort of context. In other words, while I didn’t name the school, director, or students, I did say it was a small school, and a weaker ensemble (that is, however, on its way up). That was a mistake. He explained that this upset him, and I immediately went back and edited the post to make it more broad, so their identity was even more protected, if that was possible. We’re still great friends, luckily.

But the experience made me afraid to continue that type of blog. In my student teaching I’ve been able to work with students daily, and sometimes experiment with instructional techniques that their teachers aren’t using (which they told me to do… whatever works for me, they said). I’d love to share these, but now it’s kind of scary. The way I promoted the blog was primarily through posting it on facebook. I like sharing my experiences. But even if I don’t name students, or the school, all of my friends know where I’m student teaching.

Which leads me to the next problem, that when I start teaching somewhere, if I write about my experiences, then anyone who reads it will know where I teach. Even if I no longer reveal my identity on the blog, (as I noticed you only post with your first name), if I post it on facebook to let my friends know it’s up, they’ll still know it’s me. Which leads to the potential of parents, co-workers, students, etc. knowing it’s me. It just seems risky. Even though I’ve technically been protecting the identities of the students the entire time, people might still figure it out. Who knows? And even if I say nothing negative about the students (which I never assigned blame to students for a lack of fundamentals, not in real life or in previous blogs), some might be uncomfortable with me doing that.

So all that is to say, do you have any recommendations? I’d like to be able to blog about my experiences and share anything I’ve learned, as it might help someone. At the same time, I want to be able to share the blog with my friends. And of course I want to ensure I’m doing this in accordance with the Code of Ethics in regards to student and parent rights, protecting their privacy and so on. I know you support other bloggers, so I thought I would ask you for advice. How can I operate or structure my music/music ed blog so as to accomplish these goals (self improvement through reflection/helping others to improve), while sharing it with my friends, but not violating anyone’s rights or the Code of Ethics?

My response
Thanks for writing. You may have noticed that I blog FAR less often than I used to. There are a few reasons for this, but you hit on one of them pretty well. I want to dig into this in much greater detail and I know other young teachers struggle with these things as well, so my response will also end up on the blog later this week. With that being said, you’re getting a pretty involved response to your email (and it also happens to be the fastest blog reader response I’ve done in more than a year simply because I happened to be checking emails today!).

When I first started my blog out, I made the conscious decision to maintain as much anonymity as possible. I write almost nothing about individual people, and when I do write about individuals, it is in a positive light. This is by choice. I could complain and vent and whine and everything else, but I find that writing style tends to help determine the types of responses. Since I prefer to encourage my readers who might be struggling as I once did (or with some of the same issues with which I currently struggle), I avoid negativity on the blog as much as possible.

The conflict
I really liked some of what I was writing and wanted to share it with a few other people I knew, but I also wanted to maintain as much anonymity as I could. So I have shared over the years with a small handful of people I know personally. I have also passed along a few articles here and there to friends without telling them outright that I wrote them. But as a general rule, I don’t promote my blog on my personal Facebook account.

I haven’t found it to be too much of a problem so far and when I tell people that I have a website that gets over 1,000 pageviews a day and brings in an average of $1 a day in advertising revenue (wooo), they are mildly impressed.

Promotion of your blog while maintaining relative anonymity
I started my blog in February of 2007. To put that in Social Media perspective, Facebook surpassed MySpace in popularity in 2008 and Twitter had an average of 20,000 tweets per day as late as SXSW 2007. Currently, Twitter has over 65,000,000 tweets per day. So the way I spread the word of my blog was much different then than it would be now. That being said, here are a few things that worked well for me.

One more thing
As one reader once advised me, once you go public, there’s no going back.Â I know some great bloggers who maintain anonymity and I also know some who are quite vocal in about where they teach and what they do. I don’t know that there’s necessarily a right or wrong way to go about it, just as some teachers add current and former ungraduated students as friends on Facebook, and others don’t. It’s a personal judgment call.

One piece of advice that should help you in most areas of life, especially in the high profile world of public music education: If you mess up, err on the side of caution. You’ll have years to make a name for yourself. Don’t mess it up before it get started!

One thought on “Should I Keep My EduBlog Anonymous?”