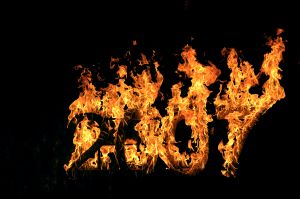 A Matter of Priorities
During my first two years of teaching, I discovered that I had a whole lot of information, but the students just weren’t listening to me or learning from me. It is not, mind you, because I was giving them wrong information. It was, however, because I had placed the priorities in the wrong order. When we have the proper perspective, we will end up teaching far more than we ever imagined we might teach.

And so began the very first post on the blog that would turn into So You Want To Teach? That was posted two years ago today, on February 11th, 2007. Over the remainder of this month, I will be looking back at these past two years and sharing some thoughts, memories, and plans for where I envision this is heading.

The very first post I wrote on the blog was entitled 5 Keys to Educating People. It was ultimately a summary of some of the things that really helped to transform my teaching after my first two years turned out to be pretty much filled with failure after failure. Before I had actually thought about starting a blog, I had written down a brief synopsis of some of what I learned into Microsoft Word. I realized that it would either get to be too lengthy, or else it would not cover enough of the material.

It was around the end of 2006 that I started learning more about blogging, started reading a couple of brand new blogs: The Simple Dollar, and Zen Habits. I now realize that I should have gotten a bit more active in those blogs as they now combine for somewhere approaching 150,000 readers. I really enjoyed reading those blogs and a few others. Anyway, the writing styles of those two blogs really helped to inspire me to try out blogging some.

Up to that point, I was familiar with LiveJournal and Xanga and a few other personal journal type blogging platforms, but hadn’t really followed the development of blogging to realize just how powerful of a medium it was becoming. So as I began to realize it, I decided to go ahead and try my hand at blogging.

So I started out by setting up soyouwanttoteach.blogspot.com. I played around with that some over the course of that semester, and as my blogging knowledge increased, I realized that WordPress held a whole lot more potential than Blogger did, so I opted to move the blog over to my own server and set up self-hosted WordPress.org software.

Also throughout the course of that semester, I just wrote some things here and there whenever the inspiration satruck me. I wrote some content that actually got fleshed out much more later, but that I could always go back to as a point of reference. At that point (and even to this day), some of my main focuses were on classroom management, personal responsibility, and motivation.

I wrote three posts each month in February, March, and April. I was also quite busy with work (as I think really tends to happen to most people most of the time). I was learning a whole lot, and I was preparing my beginner band to go to its first competition in the history of the 6th grade program in my district. It was fun and very little stress. Whenever a thought struck me, I’d write it down in the blog, and publish it for myself to see later on. :)

I never really got into the EduBlogging community until the summer of 2007 when I began learning about Blog Carnivals. That summer, I did very little other than read, blog, and clean my house. I submitted articles to almost every Carnival of Education that I could. I really wanted to find out how to make my blog one of the more popular EduBlogs out there. Why? Was it because I wanted to be somebody? Heck no! I don’t even tell most of you my real name or where I teach or anything. I just feel like the information is stuff that I would have wanted to have when I was starting out!

So that was my motivation for the big push that summer. In fact, even when I went to visit my parents for a week, I still found time every day to sit down and write a post or two. I wrote the most popular article of the blog while I was visitng my parents, actually: 9 Reasons To Quit Teaching (And 10 Reasons To Stick). I also wrote a few series:

Questions That Will Save Your Career and 5 Habits of Highly Effective Teachers. The idea of a series really helped to keep me focused and also to keep me blogging. Over the course of that summer, I expanded the archives of my blog substantially, and really had to push through because I didn’t get a whole lot of traffic, and I didn’t get a whole lot of comments. It was really just me motivating myself to keep going, and holding on to the knowledge that I was doing something useful.

As I looked around the EduBlogging community, I was struck by how few of the blogs actually seemed to offer real-world helpful advice of any means. I know my advice isn’t perfect. I know I only have a few years of experience under my belt, but I also know that I am at least trying to be helpful to people out there. I am making an attempt to save at least one kid from having to go through the first few years that I went through. Maybe someone will be able to learn vicariously through me.

I had some motivation from a few people at that point. Some who stand out in my mind are Betty, Miss A, Eric, Miss Proffe, Mister Teacher (now available at www.learnmegood.com). Even though comments were sparse, these people inspired me more than I can tell. Thank you!

After the summer had ended, I found myself reassigned to the 7th & 8th grade campus (a move which I had known was coming even before I started the 2006-2007 school year). Despite that change, the fall semester held big things as I continued to establish some of the groundwork for the archives of the blog.

August and September were relatively low as far as numbers of posts, but I was busy with establishing my routine in the new school, as well as trying to figure out my schedule with school, after school sectionals, marching rehearsals, football games, and everything else going on. Blogging was kind of additional, and it was difficult to squeeze the time in.

In October, which is notoriously time-intensive for band directors, I decided to write another series. This time it was a 5 week series. So, in the midst of high school football season, marching contests, middle school football games, parades, and everything else that was involved in my band directing life, I wrote 25 Tips For Less Stress. How appropriate, huh?

In addition, I was also featured in an article on Zen Habits about reader success stories. I was the second interview. But even so, it brought in a lot of traffic. In fact, up until last week, it remained the highest day for visits to the blog. That was over 15 months of crazy growth for the blog, but that one day back in October of ’07 stood out as the high water mark for blog visits.

That whole series thing really worked out for keeping me focused, so I decided to do another series in November. This was Reader Appreciation Month. I did interviews with other bloggers and readers, and posted them each weekday. At the end, I found some time to squeeze out a few summaries:

In December of 2007, I found myself reading my stress reduction tips because my coworker had a stroke and the entire load of the band program at the middle school (two concert bands, a beginner band, a flags class, and a mariachi class) were thrust on my shoulders the day before the Christmas Parade. The next week I took one band to four elementary concerts one day, and another the next day. The following week, I conducted both bands at their Christmas Concert.

He ended up being out for three months, but we’ll get into that more next time. I probably won’t get a chance to write any more on the blog until next week sometime as I’ll be going to San Antonio for the Texas Music Educators Association convention. Follow me (@joel212)  on Twitter for updates of that if you’re interested.