Skip to content
You are here
Home > Why Teachers Quit >
249 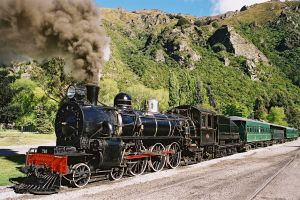 Don’t quit teaching. It could be that every single struggle you’ve ever faced as a teacher has been leading you to an amazing breakthrough that will happen this year. Make it happen!

There may come a time in your life when you just get burned out from teaching or you come to realize that teaching people is not your gift. I won’t argue with you, but I do want to encourage you to stick with it. It’s a common desire, and I think that all educators have flirted with the idea of, packing the bags and moving to Argentina just to escape our chosen profession. Or maybe that’s just me. But whatever the case, now is not the time!

Fear
I’m not a fan of listening to the fear-mongers on TV telling us that the sky is falling. It’s been falling since the 1980s when I first saw news. I bet it was falling before that. That doesn’t help anything. I found that when I intentionally stopped paying attention to news a few years ago, the quality of my life actually got a little bit better. But fear isn’t the reason to stick with teaching. In fact, it’s absolutely not the reason.

Honestly, I don’t have a real good reason for you, but I know it’s the right thing to do. I deplore the idea of giving up on a dream just because external circumstances make things difficult. To me, that is actually all the more reason to push through.

I think I can, I think I can…
If there’s one thing that my (incredibly slow) running exploits this year has taught me, it’s that giving up is always easier, but never better. Sometimes you need to stop or take a break so that you can regroup and live to fight another day, but you always need to stay in the battle.

A couple of weeks ago, the following comment was posted by “Joel Is An Idiot”

Joel, it sounds to me like you have no idea how difficult teaching truly is. Do you have an out of classroom position? Are you an administrator? I refuse to believe that you are a teacher in the classroom. If you are, then you must be one of those people that has their heads so far up their principals a$ that they cannot see the truth. You are truly pathetic!!!

Either this dude has a highly unfortunate name, terribly cruel parents, or is trying to attack me personally. Either way, I think it’s important to address the comment. The comment was posted in response to my article Invalid Reasons Teachers Quit. A basic summary of the article is that there are good reasons to quit and bad reasons. The “invalid” reasons for quitting are (1) Bad students/administrators/curriculum/demographics, (2) Too much paperwork/responsibility, (3) Too much negativity, (4) Not enough time, and (5) Not enough respect/not enough pay. Essentially my argument is that these factors are things that might be solved by transferring to a different school or district, or that these are problems common to many workplaces, or that these excuses are symptoms of much deeper-seated problems that should be addressed directly.

So the complaint was that I side too much with administrators and I think that is a fair complaint when the stuff written on my blog is taken at face-value for the most part. Maybe it’s because I read The Seven Habits of Highly Effective People (Habit 5 is Seek First to Understand, Then to Be Understood), but I try to put myself in the place of administrators and see if it’s really a legitimate complaint against them. Plus, I always hate the idea of complaining about something and acting like a victim when I actually have the means to activate change in the situation.

Victim mindset/Loser language
One thing I can’t stand is the “I can’t” type of thinking. I won’t allow my students to tell me they can’t do something that I know they are capable of doing, and it’s even worse when I hear adults complain about that.

No complaining
It has been a crazy month, which explains why I haven’t taken care of much of the email I’ve received, put up guest posts I received back in June, or done much else on the blog (besides some cosmetic changes). I will write about this stuff more over the upcoming weeks and months. There have been some staff changes in the band program here and so things are going to be interesting here pretty soon. But before any of this happened, I determined that my one rule for this year was going to be: No complaining. Pointing out problems and suggesting solutions is contributing. Pointing out problems without suggesting solutions is complaining.

Upcoming guest articles
Some guest blogs are already coming in. I am trying to organize a handful of articles about making this school year be the best school year ever. Maybe you had a great year last year and want to continue it. Maybe you had a terrible year last year and have some specific changes you’re setting out to implement. Whatever the case, your personal experience will be beneficial to others! If you’d like to share it with the readers of So You Want To Teach? then go to the Guest Posting Page for more details.