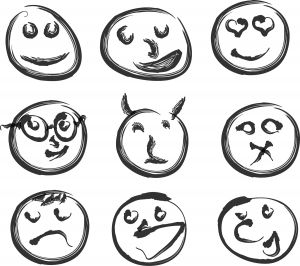 A few weeks ago, I wrote about an experience I had where a student left my classroom crying and went to talk with the counselor. Read about it here. Be sure to read the comments below the article also!

Since then, I apologized. I also made the commitment to slow down my teaching style.

I wanted to take a chance to revisit that incident and follow up on some of the things that have happened since then, as well as some of the aftermath.

On the Monday morning following the weekend when I had decided to slow things down, I was amazed and surprised to see the other band director walk in just before the percussion class. I left this part out, but I had talked with him that Saturday and he told me he might be back after spring break. He completely kept from telling me that he was planning on coming back on Monday.

The fact that he was there was a huge relief for me. Even though he’s back half days, his presence is still there. That’s huge. He tells the story of how I showed up at his house that Saturday looking all exhausted. He knew he was coming back, but he wanted it to be a surprise. When he told me it wouldn’t be until spring break, he says I just looked even more tired. Ha.

So I had already apologized to the students and changed the structure of the class somewhat. I still do start them all together sometimes, but now we move to separate band halls and begin working on our respective concert music. It’s great!

I also am actively seeking positive things to compliment individual students on again.And what about my principal? Well, he did call me in to the office. It seems the issues were a bit deeper than I first thought and that it was a handful of things stacked on top of each other. I have not directly addressed them with the students, but I am being much more aware of what words come out of my mouth. It’s so easy for me, especially when working with music, to be critical. I have made and continue to make a much more concentrated effort to restrain my tongue and slow down my thinking before my speaking.

The cool thing is that I am much more aware of what I say and am able to catch myself before saying it most of the time. I also am actively seeking positive things to compliment individual students on again. I have done that a bit in the past, but it’s unnatural for me. I have to remind myself to do it. Now it is coming much more easily. These are more positive benefits of slowing everything down.

So what about the boy who left the class? Well, he ended up passing all of his classes (including band). He didn’t want to play the triangle, but he ended up getting that part on two pieces (which was a cause of the offhand comment I made). Since I apologized to him and began to catch him doing the right thing (counting rhythms right, passing classes, coming to class on time, whatever), he has begun to seem to enjoy playing more. He told me today that he will be in band again next year.

And ya know what? We were sight reading after school today and I was assigning parts for the percussionists. I was calling out names and didn’t call him. He held up the triangle as if to say, “let me play the triangle part!” We didn’t have one, but I told him that if there is a part, he will be the one to play it!

Again, I want to thank all of you out there who left me comments — constructive or corrective. They have been an incredible help for me and have helped to redirect my entire teaching methodologies in some way.

2 thoughts on “Not The Best Day Ever Revisited”