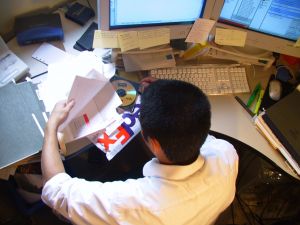 As I look at this list, I notice that most of them are personal issues rather than teaching issues. While some of the spill over directly into my classroom, they all have an impact on my state of mind while I teach. I see progress in that I am much more accomplished in the classroom, but I still see plenty of room for growth. In the next in this series, we’ll look at some of the things I want to change next school year.