1 : a gift by will especially of money or other personal property : bequest

2 : something transmitted by or received from an ancestor or predecessor or from the past <the legacy of the ancient philosophers> 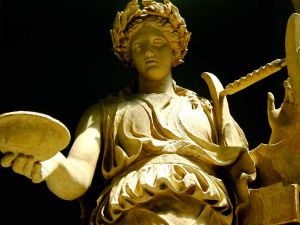 I’m proposing, my fellow Christian brother and sister bloggers, that we do a week of “Legacy Posts”. That is, a week of posts on topics important to us, that we wish everyone knew.

What message(s) are you wanting to get across? What’s is that one thing (or things) you want to share with everybody, something you wish everyone knew.

I am frequently challenged by things that he posts on Twitter and Facebook (as well as his blog). I have also been thinking a whole lot this summer about these sorts of things. So I am going to take him up on the challenge. Beginning August 24th (my first week of classes), I am going to run a series of posts about Legacy-building.

For me, the legacy that I leave is not isolated to the classroom. In fact, the classroom (and other public performances as a band director) is merely the outward representation of the inward legacy-building things that I do personally. The mere fact that someone is great at imparting knowledge to students is not enough to solidify a legacy. I could go on more, but I need to plan out and write my posts for the futre.

Anyway, I saw his post, thought I would get my mind working on the project, and invite any of my 1,100+ readers to join the project as well.

To get us off to a start, what are some things that you consider vital to anyone who is interested in leaving a legacy in their field?

One thought on “Building A Legacy”