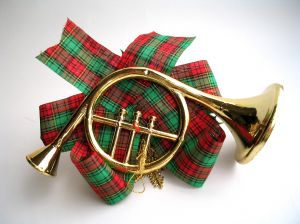 My concerts used to be offensive, but that was because my bands didn’t know how to play. Now, they sound pretty good, and all that stuff. We have fun. We perform both secular and sacred music. Of course, none of them have words, so there is really no such thing as secular or sacred instrumental music, but nevertheless, that’s how it ends up being.

I was so proud of the work my kids did! If you’re interested in hearing them (and telling me what’s wrong with them), let me know and I’ll try to email recordings to you.