Skip to content
You are here
Home > Music Education >
65 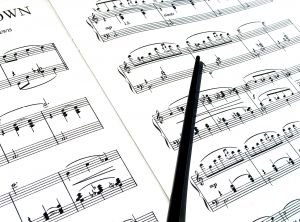 In the band world, we have a whole concept of bringing in a clinician. This is basically a chance for us to get another, more experienced teacher to come in and tell our kids all the same stuff we’ve been telling them in a different way. Until this morning, I hadn’t realized how easily this kind of thing benefits me as a teacher and how something similar might help pretty much every teacher out there.

I am fortunate in that my current situation has forced me to spend at least a couple of months by myself working with two bands and a mariachi. Our district has put in and found some money to bring in a retired band director for a few classes in the for a little while. He came into two of my band classes this morning. It was great.

When that happened, I figured out a few different advantages of having a clinician come into any classroom.

Positive comments
This morning, he said some really great things to both of my classes. He told them that they were really quiet and thanked them for that.

I’m sure that I am the only one, but I find that there are some times when I forget to find the positive things and focus on them. Sometimes I need that little kick in the pants to remind myself to do it!

Negative comments
He heard things that I hear but forget to tell them. After standing in front of the same group of kids, I forget and begin to block out some of the problems. The same old mistakes they’ve been making really begin to sounds right to me after long enough. He was able to refocus them and remind me of how much more listening I need to do.

What are some of the bad behaviors that your kids are allowed to get away with? Which favorite students do you allow to talk and which ones do you not tolerate any talking from? Maybe it’s just me…

Prescribed solutions
He heard problems and made some simple suggestions. Again, some of these were things I had already said but in a slightly different way. Others were solutions to problems that I just don’t know how to fix. One simple fix, and everything ran much smoother. He also took two pages of notes during my second period class and shared them with me afterwards. I will study them again tomorrow morning.

Are there some problems that you don’t know how to fix and have merely covered up with a hacked together solution? Does someone else know how to fix that problem better?

Motivated students/motivated Joel
The kids love working with him. I love working with him. It’s a win-win situation. I came home today and was very happy. I feel much more relaxed about the upcoming UIL Concert & Sight Reading competition. I am much more relaxed. I learned some great stuff today about sight reading. I’ll share them later when I figure out how to apply them to classroom teaching.

New ears
As I said above, he pointed out some things that they were doing that I hadn’t heard because I had blocked those mistakes out. Another advantage was that I was able to step back and hear things differently while he was working with them. It gave me new ears to hear it. I was amazed.

I want to challenge you to look at your class with new eyes and listen to your class with new ears tomorrow. Pretend that you’re a clinician coming into your classroom. If you can find a more experienced teacher on your campus to come in and observe during their conference period, it would be one of the best things you can do for yourself as a teacher and for your class!