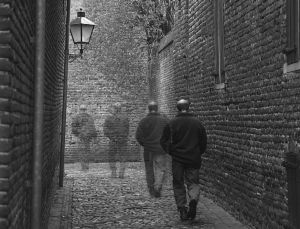 Many of my readers have left comments or sent emails asking me if I have more information about transitioning from teaching to another field. Unfortunately the answer for them is simply that I don’t. But I think I can finally refer you somewhere that should help out. If you stick with teaching (which is sometrhing I highly encourage you to do), you can at least perhaps see what it’s like vicariously.

I was somewhat confused this morning when I opened up Twitter and started reading some disconcerting comments to @ddmeyer referring  to him leaving teaching. I tracked back, and found it.

So that’s that. This year was far and away the most fun I’ve had in a classroom, which definitely complicated my decision to leave teaching.

I hopped over to his blog dy/dan and read his latest post entitled What Just Happened? In it, he outlines some of what he plans to do in the future, and I think it will be a positive experience for him.

I applaud Mr. Meyer on his decision!

Ever since I found his blog back in ’07, I was impressed by his eye for design and his passion for just flat out being a math nerd. If I had gone into math teaching (which was a serios consideration for me my until I met Mr. Calculus and had to really start working), I have no question that I would have turned out pretty much like he has. In fact, I have considered taking some courses at the local college here to become a certified School Administrator. Hopefully following Dan’s journey will help me decide if it’s a step I want to take…