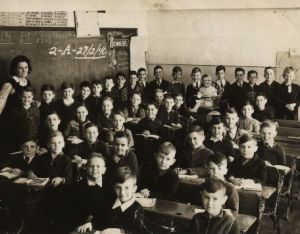 A former student of mine who is now in his second year of college as a music education majors emailed me some interview questions a couple of weeks ago. Since many of my readers are early or pre-service teachers, I thought the answers might be useful to more than just him.

1. What discipline methods do you use? How do you get the students involved?

One of the most effective discipline techniques I have found is simply to talk less and play more. This prevents most of the misbehaviors that tend to spring up throughout the class period. Additionally, phone calls and parent contact have been invaluable tools. That also is helpful for encouraging student and parent involvement.

2. Was your first year positive? How?

The biggest positive of my first year was learning that the idealism of the university classroom is rarely the case of the reality of a struggling band program. My junior high band got straight 3s at UIL, and that was an improvement on the previous year. Classroom management was my weakest skills. I went into the year thinking that since I knew a lot about the various instruments, I would automatically be a good director.

I recorded myself teaching and would go home and listen to the recordings and be amazed at how badly the students behaved. There were times throughout my first two years that I seriously considered going back to teaching private lessons. The thing that really kept me going throughout was support and contact with some of my mentors who encouraged me that I was actually a pretty good teacher and who helped me to deal with some of the classroom management struggles I went through.

3. What have you learned that will help you in the future?

How to get students quiet and keep them quiet. I was a “good kid” and so relating to the “bad kids” was a challenge for me initially. I spent the last half of my fourth semester of teaching going through trial and error finding out how to do it.

4. How well did college prepare you for the classroom?

5. Give one piece of advice for a new graduate.

Two things. 1) You don’t know everything. When you find one of the many things you don’t know how to do or how to handle, ask questions. Ask questions from anyone who will give you an answer. Some of the best stuff I picked up came from a science teacher down the hall from me my first two years. 2) Read How To Win Friends And Influence People by Dale Carnegie.

6. How did you find your job? was it easy or difficult?

I found my first job through the TMEA website. The HS director I student taught with was the region band chairman in the same region as my first job. He made a phone call to the director right before my interview giving him a good recommendation for me. Networking with other band directors has proven hugely important in helping me find job openings.

For my current job, I interviewed at TBA and the interview came on the last day of TBA. Most of the band directors I have worked with got their first jobs through an interview at TBA. Perseverance throughout the summer is one of the most difficult aspects of getting a first job.

7. Do you still have the same perspective on teaching that you did when you started?

More or less. I have higher expectations from my students and actually have a clue as to how to produce the results that I’m looking for.

My perspective on beginning band has changed in that I see much more the importance of a good pedagogical foundation rather than a focus on performance. If my beginning students can perform a couple of UIL Grade 1 pieces and a march well but can’t play through their beginning book, I haven’t really done my job. Sightreading is killer the next year if all they’ve learned how to do is perform a concert program but haven’t read a lot of various styles.

8. What is a good method for lesson plans?

Have specific goals that you want to accomplish every single day. Just going out there and winging it won’t work for very long. Talk less, play more. Be aware of what the TEKS (and local curriculum if you have one) recommends your students should know by the end of the year. Plan accordingly. Concert programming is done with the overall growth of the students as the expectation. For instance:

When choosing my Christmas concert music, I am aware of the UIL sight reading criteria for my group and try to highlight some of the more difficult aspects of that. For my CCC Non-Varsity band, I include two or three keys, 3/4 time signature, tempo changes, dotted quarter notes, and eight-quarter-eight rhythms every year. I try to feature my weaker sections at Christmas to challenge them to grow as musicians.

9. Is there anything you wish you had studied before you started teaching ?

10. Is teaching what you expected?

I was fortunate to teach a whole lot of private lessons and master classes all over the DFW area. That gave me exposure to a lot of varied teaching styles and also gave me time to sit and talk with band directors to get a glimpse at the “ugly side of teaching” that we are so often shielded from in colleges.

I initially wanted to teach high school or even university level until I began teaching mostly middle school private lessons. It was then that I fell in love with teaching middle school students. I have found that teaching is pretty much what I expected it to be by the time I was student teaching, but not what I thought it would be when I entered college. But I can’t imagine doing anything nearly as fulfilling with my life either.

2 thoughts on “Interview Questions About My First Year Teaching”