Skip to content
You are here
Home > Stress Reduction >
5 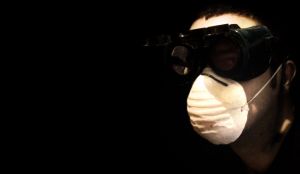 Josh Waitzkin, author of The Art of Learning, was the subject of the book and movie, Searching for Bobby Fischer. An eight-time National Chess Champion in his youth, he is now a martial arts champion, holding a combined 21 National titles in addition to several World Championships. Josh is president of the JW Foundation, an educational nonprofit– www.jwfoundation.com He is currently training for the World Championships of his third discipline, Brazilian Jiu Jitsu, and lectures nationwide on the subjects of the learning process and performance psychology. Waitzkin lives in New York City.

A few weeks ago, I returned to the classroom of Dennis Dalton, the most important college professor of my life. From the back of an amphitheater seating several hundred students, I realized how much things had evolved at Columbia and Barnard. The lecture hall was now equipped with a wireless sound system, webcams, video projectors, wireless internet. Students were using computers to record the lecture and to take notes. Heads were buried in screens, the tap tap of hundreds of keyboards like rain on the roof.

On this afternoon, April 16, 2008, Dalton was describing the satyagraha of Mahatma Gandhi, building the discussion around the Amritsar massacre in 1919, when British colonial soldiers opened fire on 10,000 unarmed Indian men, women and children trapped in Jallianwala Bagh Garden. For 39 years, Professor Dalton has been inspiring Columbia and Barnard students with his two semester political theory series that introduces undergrads to the ideas of Gandhi, Thoreau, Mill, Malcolm X, King, Plato, Lao Tzu. His lectures are about themes, connections between disparate minds, the powerful role of the individual in shaping our world. Dalton is a life changer, and this was one of his last lectures before retirement.

Over the course of a riveting 75-minute discussion of the birth of Gandhian non-violent activism, I found myself becoming increasingly distressed as I watched students cruising Facebook, checking out the NY Times, editing photo collections, texting, reading People Magazine, shopping for jeans, dresses, sweaters, and shoes on Ebay, Urban Outfitters and J. Crew, reorganizing their social calendars, emailing on Gmail and AOL, playing solitaire, doing homework for other classes, chatting on AIM, and buying tickets on Expedia (I made a list because of my disbelief). From my perspective in the back of the room, while Dalton vividly described desperate Indian mothers throwing their children into a deep well to escape the barrage of bullets, I noticed that a girl in front of me was putting her credit card information into Urban Outfitters.com. She had finally found her shoes!

When the class was over I rode the train home heartbroken, composing a letter to the students, which Dalton distributed the next day. Then I started investigating. Unfortunately, what I observed was not an isolated incident. Classrooms across America have been overrun by the multi-tasking virus. Teachers are bereft. This is the year that Facebook has taken residence in the national classroom.

Students defend this trend by citing their generation’s enhanced ability to multi-task. Unfortunately, the human mind cannot, in fact, multi-task without drastically reducing the quality of our processing. Brain activation for listening is cut in half if the person is trying to process visual input at the same time. A recent study at The British Institute of Psychiatry showed that checking your email while performing another creative task decreases your IQ in the moment 10 points. That is the equivalent of not sleeping for 36 hours—more than twice the impact of smoking marijuana. But to be honest, on the educational front, multi-tasking feels to me like a symptom of a broader sense of alienation.

I know what it is like to be disengaged. In fact, the crisis that played a large role in ending my chess career was rooted in becoming disconnected from my natural love for learning. Throughout my youth, I had been a creative, aggressive chess player. I loved the battle, and wild, dynamic chess felt like an extension of my being. Then, in my late teens a coach urged me to play in the opposite style, his style of quiet, positional, cold-blooded prophylaxis. Instead of cultivating my natural strengths, he boxed me into the cookie cutter mold he knew. In time, I lost touch with my intuitive feeling for chess, and without an internal compass I foundered in the swells of fame and high-pressure competition.

I see myself in the eyes of so many kids today. Too many primary, elementary, and high schoolers are being boxed into the mold of conformity required by big classes, competition for grades, tests with multiple choice questions. The first grader who leaps to his feet when he figures out the math problem is diagnosed as ADHD and medicated to sit quietly with the class. Young learners have immense pressure to perform, to get good grades, but no one is listening to the nuance of their minds. They feel suppressed, they are suppressed, and by the time students get to college, they have become disconnected from the love of learning. Then they are asked to read 1000 pages in a week and skimming is the only solution. Many of the students who actually were engaged in the Gandhi lecture, the ones who wanted to learn more than to shop, were taking notes on their computers in a frenzy, researching events online while Dalton described them, typing every last word of the lecture. But Dalton had already supplied them with a detailed course packet with all the relevant dates and facts. His classroom is an environment for reflection, introspection, and letting resonant themes sink into your being. Unfortunately, to these college students the notion of delighting in the subtle ripples of learning is almost laughable. Who has the time?

The societal implications of this educational crisis are huge and the issue must be addressed creatively. We cannot afford to lose a generation to apathetic disengagement. Part of the responsibility lies in public policies like No Child Left Behind, the standardized tests that are turning education into a forced march, and a culture that bombards us with so much stimulation that it is difficult to know what to focus on. But part of the burden also lies with parents, teachers and coaches, and with students themselves. I recently tried to persuade two smart 11-year-olds to give up video games for three weeks. One agreed to the experiment, and to send me a description of how the process feels. The other simply couldn’t imagine life without the PSP, even for a day. Here was an eleven-year-old self-proclaimed incorrigible video game addict!

This story has a happy ending. In the final month of classes, Dennis Dalton discussed the issues of multi-tasking with his students, and many responded. Last week when I went back to hear the final lecture of Dalton’s Barnard career, there were only a few kids surfing the internet—nearly all the students seemed riveted. Many told me they were relieved to have turned off their computers and relaxed into listening. A number of my old classmates came, and afterwards we threw a party for our teacher. After four decades inspiring college minds, he has decided to nip apathy in the bud by teaching younger kids. He will start with high school, but Dennis Dalton, one of our culture’s greatest minds, dreams of teaching kindergarten.

A note from Josh: Dear Teachers and Parents, I am researching the effect of video games on young minds. If you think it might be a healthy experience for your kids, please ask them to give up video games for two or three weeks, and write me about the experience at TheArtofLearning@gmail.com. Thank you!

9 thoughts on “Multitasking Virus In Our Classrooms”