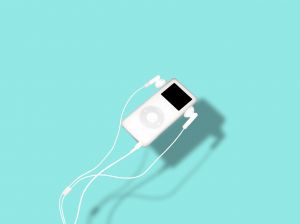 The 4th edition of the Music Education Blog Carnival is up over at Teacher in a Strange Land. Our beloved host Nancy asks the question, “What five songs on your iPod do you consider guilty pleasures?”

What about you? Let me know about the 5 guilty pleasures on your iPod as well. Post on your site with a link to this article, or just leave comments!

6 Comments on 5 Guilty Pleasures On My iPod