Skip to content
You are here
Home > Music Education >
0 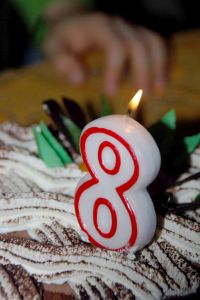 As a band director dealing with beginning band, a substantial part of my energy each year is spent on recruiting 5th graders to be in band next year. I have generally done a pretty good job getting kids enrolled in the program, but this year I began to look at it from a marketing standpoint. The results have been incredible.

We still have some more recruiting to go, but we have already increased the enrollment by about 35 from what it was at this point last year, and it looks like it may very well be more than 60 more students next year than we have this year. That’s huge. We still have some marketing left to do in the next three weeks, but I want to use this space to sit back and kind of reflect on some of the things that we have done better this year over last year.

While these concepts are delivered from an educational setting, I believe they could very easily translate to marketing. Much as I have begun to translate Seth Godin‘s concepts from IT and use them in the educational/band world.

I want to focus on one school in particular for now. The enrollment from that school this year is somewhere around 18 students. The projected enrollment for next year is up to 46. Obviously something happened there that was crucial.

Timing
I ended up going to this one particular school the same week that the counselors from our school came and talked with the students. And the same week they were supposed to fill out their schedule cards for next year. I went to every music class, one each day of the week. I tested the students on instruments outside. As a result, other students got to see us trying the instruments. They got to hear the clarinet squeaks, they got to hear the brass mouthpieces. This gave them both anticipation for when they would have music that week as well as a reminder for those who had already been to music.

Teacher
Another key is that the teacher who was there last year retired. The one who replaced her was telling the students while I was there about how great band is. I can only assume she had been telling them that most of the year and continues to do so, at least from time to time.