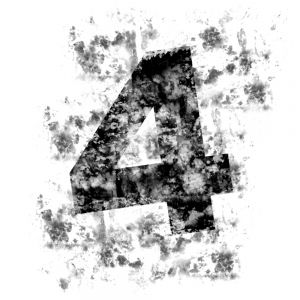 If work just isn’t seeming to work out for you, maybe you are focusing your attention in the wrong place.

Here is a list of the people in the educational world of your school who should get the most attention.

So how do we do this? Here are four areas that I have had success focusing on.
Develop basic social skills
Much of what I have learned about social interaction was learned when I was 21 years old and read How To Win Friends And Influence People by Dale Carnegie.

Trent from The Simple Dollar covers 9 social skills to practice here. These are priceless and really should be common sense. But as Dave Ramsey points out frequently, common sense isn’t usually all that common.

All of these things should be practiced regularly with all of the people on the list above. Too many teachers forget to do these to their students and the parents of those students.

Remember your priorities
A wise man once said, “Where your treasure is, there your heart will be also” (Matthew 6:21). While these words were spoken in an eternal sense, they also can be applied to other aspects of life. If you are truly interested in people, you will focus on them. If you aren’t, then no amount of putting on a show will ultimately be effective for long-term personal development. Teachers should be teaching because they love children. Not because we hate doing administrative paperwork or because we want to complain about this or that. This brings us to the next point…

Avoid gossip
Teachers’ lounges breed gossip and negativity. I only go in there to get the junk out of my mailbox, and even then not every day. There’s usually nothing pressing that I have to respond to immediately, and it just adds clutter to my life (although I have learned out how have a permanently clean desk).

Communicate with parents
I began emailing parents last year about two times a month or so. It does two things directly, as well as having some other residual effects. First, it increases the amount of communication I get from parents. I get less phone calls than before, but much more email. When they know that I am available, they contact me. I even had a parent email me last summer who had just finished her teaching degree, she was asking my advice on whether she should take a job in another town or one here. The second direct result of the emails is that the parents have a better idea of what is going on. I email concert dates, some grading information, etc. While increased email activity can be tiring at times, it is better to put out the fires before the problem rather than after!

Toward the end of last school year, I set up a blog. Every email that I sent out to parents first went to the blog. Feedburner is available so parents can sign up for emails that way. I also included an email address blank on the student information sheets at the beginning of the year in case they couldn’t figure out how to subscribe or simply didn’t have the time to do it. So the procedure is that I email the information to blogger from school (or post from home since it’s blocked at school). I then forward the email that FeedBurner sends me (which is formatted much nicer than the plaintext emails that I send from school). The parents get the information and then begin flooding my email box with replies. And if they delete the email with important information, they can always go to the blog and check it out. It’s beautiful!

4 thoughts on “4 Ways To Effectively Deal With Important People”