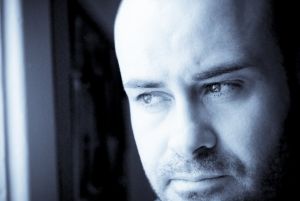 I have noticed lately in a couple of your posts you mentioned how terrible your first couple of years of teaching were. As a new reader, I have gone back into your archived information to learn more about this blog but have not come across why you had such a hard time. What made your first years so difficult? As a teacher with more years under your belt, do you think those experiences helped make you a better teacher or would you just as well forget about them altogether?

What made my first years so difficult?

I think there were a few factors that made my first year difficult.

Do I think those experiences helped make me a better teacher?
Absolutely! If I didn’t royally mess up, I wouldn’t have known what I needed to fix. If I had been an average or adequate teacher, or if I had very low expectations for myself, I might still be floating along. I see many teachers like that all the time. It’s as if they have never had that wake-up call.

Mine came when a friend came to clinic my band. He got finished and pretty much laid into me without mercy. I felt defeated. I felt worthless. But then he encouraged me a few days later and inspired me to learn what in the world I was doing. I began to call him and some other friends all the time and ask them how they did this, what I should try with that, and on it went. I would call sometimes two or three times a day. “Hey, I did this, I said this, and they did this. What next?”

The end of my second year of teaching was the most eye-opening two and a half months of my teaching career. I transformed my third-rate band into a group of kids who had a presentable spring concert in May. I then moved to another school district and started out my third year as the expert. I taught only sixth grade band, and they all came in not knowing what to expect. They tell me that I yelled at some of the classes on the first day. Never again. But I did explain and overexplain procedures to them. I spent the first week going over classroom procedures every single day. The first three days, that is ALL we did.

Would I just as well forget about them altogether?
No way! Do I want to forget about the pain? Sure, but not if it means losing the scars that the pain brought to me. Scars are a visual sign of points of pivotal change in our lives. Many teachers go around with tire treadmarks on their backside and think they are scars of growth. The difference is in our response to the pain. If we forget from whence we have come, we will be prone to repeating the same problems. We will be that one teacher who is in his 27th consecutive first year of teaching!

Now it’s your turn
What about you? How have you grown from your early experiences of teaching? Would you want to relive them? What have you learned? Share with us!