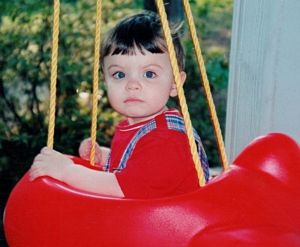 Miss A writes about a student she has who is being tested for Asperger’s. She has had some difficulties with him lately. I responded:

Just curious…how much do you know about Aspregers? It is similar to autism (both disabilities are different levels of Pervasive Development Disorders).

While the student may be using the disability as a crutch, it is very likely that the group work that he has to do in biology is very different from the group work he does in history. That being said, the situations may be completely different in his eyes.

As far as coming up with a different assignment, I think it is your obligation to do this as an educator.

I have a student this year who is a Jehovah’s Witness. She does not march in parades or play Christmas music as a part of her religious convictions. All we have been doing in band class for most of November and December has been Christmas Music, as well as football game and parade preparation.

I could take the easy way out and tell her that she has to sit there and be quiet while the other students play. I could tell her she has to play it or else she will get a zero. What I chose to do is have her write a paper about a composer, and then she spends class time working with the other band director in the band office.

Is it inconvenient to accommodate her religious convictions? Yes! Is it right to do so? Yes!

So what if the problem is not really a religious problem?

Well, you are faced with the option of forcing the student to do group work, which he has clearly demonstrated (whether officially diagnosed or not) that he does not do well. Otherwise, you could assign him to do the project on his own.

Could he work on it at home, perform it on video, and not have to get up in front of the class to present? Would that still accomplish the same basic goal for him?

Jehovah’s Witnesses do not sing or perform religious songs according to their religious convictions. Members of the Church of Christ do not generally sing religious songs with instrumental accompaniment. These are generalizations, but could very easily be why this student refuses the assignment.

JW’s also do not celebrate holidays or birthdays or pretty much any calendar observances.

And in reference to Margaret, I love music and songwriting, but I despise group work with a passion. I seemed to always get stuck with people who were lazier or less-informed than me and I ended up doing a bulk of the work. This never seemed like a good deal to me.

So I’m curious how many of my readers actually know much at all about Asperger’s or Autism or Prevasive Developmental Disorders of any kind. I happened to write a couple of papers on Autism Spectrum Disorders (ASD) for some of my education classes in college. My mom also happens to be an expert in the subject.

We had an inservice on Autism this school year and I was amazed at the negative feelings many of the teachers had about autistic people. Many of them held it in the same esteem as ADD. They basically assumed that it is one of those phony diagnoses that doctors and parents come up with to excuse the abnormal behavior of children.