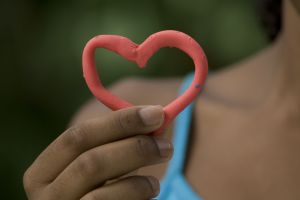 Yesterday we looked at making phone calls and using parent pressure as a motivator for classroom management. Today, we’re going to go with a slightly more high-brow alternative, and one that tends to be more effective over the long run.

Hopefully by now, you have begun to exercise a little more control in your classroom. I was telling a friend the other day that when I teach, it’s sort of like I’m acting. I assume the roll of Benevolent Dictator of the classroom. I mentally tell myself that I am in control of the classroom, and I make sure that the students know that I feel that way.

Tone of voice
The way that I present a command (or a request) in class is very important. I must use a confident voice when asking them to do something. I maintain a polite demeanor, but also ensure that it is authoritative. That being said, the psychological battle for control of the classroom is huge. One way to fight that battle is by having a contingency plan in place.

Contingency plan
It’s a psychology term meaning that you have a set of actions and consequences laid out. Reward X will happen contingent upon behavior Y happening. This works well in one-on-one settings as well as full class deals.

How would it work for me?
One thing that I’ve seen work really well in an elementary music class is for each class to have their own jar. If behavior is good one day, the teacher pours a scoop of pinto beans (or whatever other inexpensive visual representative) in the jar. If they had a great class, they can get two or more scoops. Bad behavior is resolved almost immediately by the reminder that she can take beans out of their jar as well. When the jar is filled, the class gets a free day or has some sort of party to celkebrate.

The advantage
One of the great advantages to this is that the whole class is responsible for good behavior. If one kid acts up, the rest of the class is there to help you keep him in line. Whereas some systems reward individuals, this sort of contingency plan rewards the whole class for working together to make it happen!

Other methods
I did candy coupons some in the past, but I found that I was inconsistent with giving them out, and I also discovered that some of the students too advantage of it and stole candy. As the students get older, I try to steer away from extrinsic motivation. It’ll be interesting to see what kinds of positive reinforcers other teachers suggest using.

Today’s assignment
If you don’t already have some positive motivation contingency plans established for your class, come up with some.

More importantly, come up with a motivator for you personally. Do you like your classroom quiet when the students are working? Do you want all students working when you give an assignment? Do you want complete focus when you are giving instructions? Imagine the ideal environment in your classroom.

Now try to figure out how you’re going to make those things happen. If you’re still keeping up with the notebook from Day 2, I suggest looking at the constant disruptions you’re experiencing and trying to come up with a course of action for how you can circumvent those behaviors. Try to do it with as many positive reinforcers as possible. Plan to avoid using fear tactics or yelling or any of those sorts of things; but do so without giving up control of the classroom…