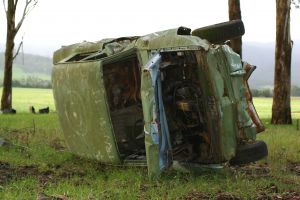 Have you ever caught yourself trying to blame other people for something that is entirely your fault? Do teachers ever yell at kids for the teacher’s failure to prepare? Never!!!

We had our Homecoming Parade this week. I was there with the seventh grade band and we were setting up. One of the parents who was there with me noticed that I had put them in lines and they were out of lines and talking. She asked me if I wanted her to get onto them about it, because they were in for a rude awakening when they get to high school.

I smiled and told her it wasn’t necessary. They were out of line, but I told her it was my fault. She looked shocked. Why would I say such a thing? I explained to her that they didn’t know any better and that I hadn’t explained to them really. And besides, it had been 3 minutes since I set them in lines. It’s my fault. The sad thing is that it was as if I were the first person to tell her that the misbehavior of children might possibly be the fault of the adult.

So along this line of thought, I am underwhelmed by the number of responses I have gotten for this year’s Reader Appreciation Month. Most of it my fault for waiting too long to publicly announce it. So I’ll throw the offer out once again.

What are some of the best pieces of advice you wish you had known before you began teaching?

8 thoughts on “But It’s Not Your Fault!”