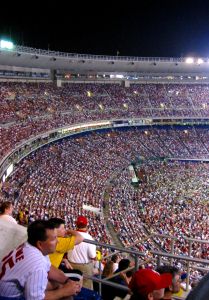 I don’t use a whole lot of social media outlets, but I know a lot of my readers do. Over the last few months, I have added a few things to make sharing SYWTT articles easier. I’ve also added some rating type things where you can tell me how bad (or good) an article is. I find that Facebook and Twitter are by far the websites I spend most of my time on when I’m online. In fact, I mostly use Facebook at home and Twitter on my iPhone while I’m out.

Up to this point, I have used them mostly for personal things. I have also noticed, however, that my use of Google Reader and other RSS type things has drastically diminished in recent months. In fact, it seems more and more people are rapidly moving to Twitter and Facebook. I’m sure when Google Wave hits in the next month or so, the transition to newer media and away from email and RSS will accelerate.

So with all this in mind, I decided to begin setting up a Fan Page on Facebook this morning (you should become a fan now!). I’ve had @sywtt on Twitter for a year and a half, but only really began doing much of anything with it this past spring. Even then I’m not tearing up the Twitter world with my updates, but I’m trying.

I also currently have links on the site to share articles with friends on Facebook, Delicious, Google, Twitter, Edutagger, and StumbleUpon. I know the popularity of Delicious has waned lately, but I still get a good bit of traffic from all of these. I’m wondering, what other social media sites do you think are worth setting up or adding links to?