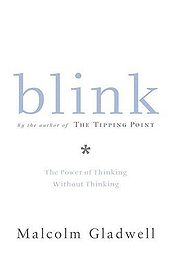 5 thoughts on “The Adaptive Unconscious: You Never Get A Second Chance To Make A First Impression”