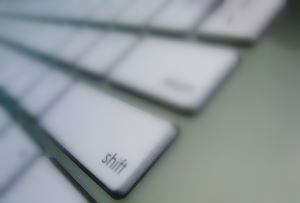 The background
It took me about three years. I heard rumblings of Twitter way back in the fall of 2006 when I was getting into blogs. “Who cares what you ate for lunch?” So I ignored it. I finally got on in the spring of 2008, but never really got around to doing too much with it until then.

Evidently my first tweet was something about an enjoyable weekend. How fun. It was so much fun that I blogged about it. This all came less than two months after I reached a subscriber count of 150. I was excited.

Fast forward
Now even despite the incredible slowdown of RSS subscribers (and even RSS reading in general) due to Social Media, the blog is pushing 1,500 subscribers and garners between 5,000 and 7,000 hits each week. Additionally, over 1,450 Twitter users follow @sywtt and over 250 Facebook members like SYWTT there. Obviously there are some duplicates, but I don’t think it would be out of line to say that up to 2,500 people are regularly accessing information from the site!

This is fantastic news, but it poses a bit of a problem for me personally. With the growth of the blog and the shift from just complaining writing about first few years of teaching to more of a teacher resource center, the way that I originally used technology to communicate has to change. My methods do not scale. This was a big part of my problem for the past few years as things changed from a very personal nature to a more corporate type feel. I didn’t like it. And so I considered shutting it down entirely instead of changing my approach.

Moving on
So that being said, I have experimented on and off with Twitter and at times just blocked it out entirely. Sometimes I would unfollow loads of people, then they would in turn unfollow me. I got sad. So I’d follow everyone who followed me and then my feed would be useless. This week, I posted my 2,500th Tweet on my personal account and decided to stop. I was posting mostly just about what I ate for lunch or other inane things. So I stopped.

This isn’t to say that I won’t blog any more, I will. But I’m going to stop worrying about doing it right. I’m going to stop worrying about offending anyone. I maintain relative anonymity on this blog for a reason. Not because I’m a horrible person or because anything that goes up on the blog is horrible. But because it provides an added level of liberty.

With that being said, I’ve been working over the last few weeks on cleaning up the comment system here. Comments are back on. I still have about 1,000 older ones to weed through and I anticipate doing that by the end of next week.

We have already gotten a few guest posts for this summer, but the invitation is still there. If you want to write about what you’ve learned about teaching or what you want to learn, bring it on. Or anything else. Go here for more info.

2 thoughts on “The Shift”