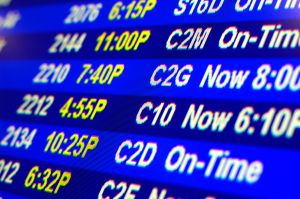 I was supposed to have my Pre-UIL concert tonight, but we were informed yesterday afternoon that the 7th Graders would be having pre-registration that night instead and they need to use the cafetorium, and gym. Of course! By the time I left school at 5:45 this afternoon, parents were already showing up and trying to go into the band hall. Evidently they had meetings scheduled in there tonight also.

Lemme tell you, I can’t wait to get to the band hall tomorrow morning and figure out what they’ve done with my chairs and stands that I had set up for our 7am rehearsal!

So in my last article, I mentioned that I require pass-offs and also that I cut students. Those two items elicited a few questions in the comments, so I thought I would use this opportunity to eloaborate on them a bit.

Pass-offs
In an effort to ensure that all of my students worked on all of the music and were at least attempting to learn it all, I set up a pass-off system. What this means is that I hear each individual student play every measure of music. Much like some band directors require students to tape record themselves playing (or the cool “with-it” ones use SmartMusic nowadays), I feel that the face-to-face thing works a little better and helps me to connect with the kids a little more.

Initially I had set up to require them to make two mistakes or less on every section (each concert piece is divided into 5 sections) before they got the sticker on the pass-off chart. As time has progressed, I have come to realize that my music is too challenging. So I had to give in or else I wouldn’t have only had two trumpets, a clarinet, and a percussionist go to contest with me this year!

Cutting people out of parts
As far as cutting people, one of my readers thought I meant that if they couldn’t play a few measures of music, I just cut them out of the band. Not hardly. In fact, some of the kids cut themselves, and I do everything I can to encourage them to go anyway! What I meant by cutting them, was that I cut them from playing that measure or that note or whatever. I want the music to sound as good as it possibly can while still giving all of the students the chance to learn the music and participate!

On an unrelated note
I will be participating in ProBlogger’s 31 Days to Build a Better Blog beginning on Monday. Join me!

3 Comments on Welcome to Education: Now Change Your Plans To Fit OUR Schedule