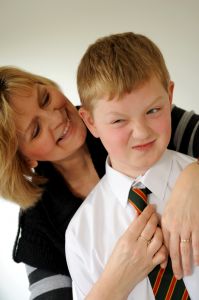 I am a nineteen year old (3rd yr) secondary education student (yrs 8-12 ) at the University of Queensland in Australia. I have read the above comments and would love with your permission to use some of your comments as a reference (In which you will be quoted) in a case study /research report I am writing on Asperge’s (Task Outcome: A written Report reporting the procedures for preparing and conducting a face-to-face interview and integrating the outcomes/findings of the interview with the ideas from the academic literature and research.)
On this blog I have found your opinions to be very informative and would be very appreciative if you could tell me some teaching method’s you have used in the past which have had a positive influence on sped student’s. I am an English Literature and History student teacher and am undertaking Special education classes because I have grown up in a community where I have been “sheltered” in a private school (and am only familiar with adhd) and would like to be rid of my ignorance. I have interviewed a few parent’s with children who have asperger’s and would now like to get some teacher’s opinions possible. Thank you so much for your time!

This actually raises a couple of points for me.

First of all, the issue of special education students

In my response to her, I noted that I do not have a whole lot of opportunities to work with special education students. I suppose it’s because of the nature of instrumental music, but the limited exposure I have to these kids, whatever methods I may use to get them to learn are probably not transferrable to most everyday classroom settings. So I’m going to toss this issue out to my readers again and can’t wait to hear your responses.

On a side note: When I have done this kind of thing in the past, The questions I post usually generate between 5 and 10 responses. Sometimes they’ll go crazy and get 15. Now, this site has been getting over 1,000 hits a day for a while, and we have a community of right around 850 subscribers. With numbers like those, I would hope to see more response. Even if you post anonymously, I would love to hear teaching ideas you have for special education students. Or even other questions you might have.

The second issue this comment raises
Since both of these issues are likely to produce a good bit of comments and I don’t want them getting mixed up, I’m posting the second issue on its own individualized post. Check it out here: Should All Great Blogs Have A Comments Policy?

4 Comments on Special Education Students In The Classroom: How To Effectively Teach Them