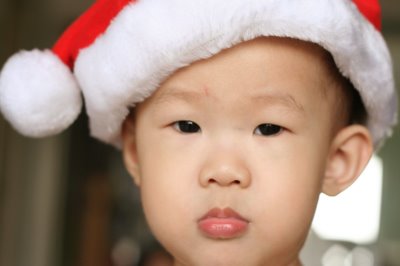 The common classroom management wisdom we all hear is, “Don’t smile before Christmas.” I believe that advice is good advice when taken metaphorically. If taken directly as written, it is about the worst advice you can follow.

In the middle of my fourth semester of teaching, when I was learning how to really get a handle on classroom management, I asked lots of questions. Among the answers I got was this little gem:

I asked further questions for clarification, and my mentors advised me that basically my job as a teacher is to educate the children. It is not to be their friend. The funny thing is that when you are strict, they will like you more than when you try to be their friend. It’s one of those conundrums of life, I suppose.

I took the advice to heart. I assumed the role of benevolent dictator of the classroom. I stopped trying to be funny and like the students. I just tried to make sure they got their work done. It worked like a charm! I began to win the battles, simply because I didn’t give in. A lot of that resolve was because I had made the conscious decision to reduce my happy face appearances.

Bad advice
When my third year came and went, things were much much better. I decided at the onset of my fourth year that I was going to really try the rule. I was going to be serious all the time. It worked great until the end of the first class. I was strong and kept the serious attitude, but I finally broke down and laughed at something.

I discovered then that it just doesn’t work that simply.

Better advice
Some people have the attitude to be mean all the time. One of the kids told me this week that I am mean. I gave her “the look” (I will have to write an article about the look one of these days). She said, “Not really. You’re nice. But you’re strict.” I think that’s the issue with me. I can’t help but be nice most of the time.

My nature is to make jokes. I have had high school students I’ve worked with occasionally ask me how my middle school students ever learn anything with as much as I joke around. But I have accidentally stumbled upon something.

Laughter makes learning more memorable. If you have a natural sense of humor, then you can really increase learning by throwing in a few laughs here and there. It works! If you have to contrive the humor, or even if you don’t like telling a joke and hearing the students groan, just don’t try. But if it works for you, go for it! You’ll be amazed.

Best advice
I think my third, fifth, and hopefully all the rest of the years, have been my best. The keys that I did in those was to:

Once I began to get control of classroom management, I discovered some things. It required much less of my effort to stop the bad behaviors because I was investing time preventing them. I also discovered that I really had a lot more time to teach. That is good and bad. I almost didn’t know what to do with myself at first. I learned that I didn’t know how to actually fill an entire 50 minute class!

I also realized that it freed me up to express myself much more with the kids. I could ask them questions and not fear they would get off task for the remainder of the class (usually). I could tell them about my weekend. I could ask them about theirs. Basically, it gave me an interactive class instead of an overactive class. I didn’t have to yell at them for being too noisy. I didn’t have to argue with them. It was very cool.

So the moral is:

Never smile before your class’s behavior is under control.

That may be after Christmas. That may be after the first month. That may be Day 1. As you get older and grow as a classroom manager, the smiles will come earlier and earlier! The coolest thing is that if you can smile before Christmas, and the behavior is under control, then you get enough Christmas gifts from students to make all the other teachers jealous!

It’s never too late to start!
It was spring break of my second year when I determined to get control of classroom management. We were already preparing for the spring contest and spring concert. I was in an uphill battle. But I persevered. I asked tons of questions. I spent much time in prayer and planning each day. I was determined to win the war.

By the end of the school year, things had turned around. The kids who got mad at me for enforcing the rules had mostly straightened up, and classes ran extremely smoothly. The deal is, it is never too late to start. If you are sitting here in December (or May even) and realize that your class is out of control, then I encourage you to really dig in to some classroom management resources. Start with this list of 50 Classroom Management Tips I Have Learned This Month. Then dig further into my blog and anywhere else you can find good information. Remember, it is never too late to start.

10 Comments on You Better Smile Before Christmas!