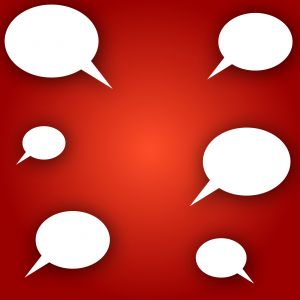 This evening, I decided to do something I’ve been toying around with since the summer. I finally deleted comments from my blog entirely.

Where it all began
I began this blog as a hobby back in the spring of 2007, shortly after I began to learn more about the potential that blogs held. Life was much simpler back then. For one thing, I taught 6th grade beginning band only. My obligations outside of school were minimal, and the amount of time I spent in front of the computer was similarly low. Life was much simpler back then.

I long for that again.

Where it has taken me
In the fall of 2007, I moved to the middle school where I became responsible for one of two performing bands. This shift meant that in addition to all of my previous responsibilities, I was now going to football games, pep rallies, and parades (in addition to the same high school football games, marching competitions, and other duties). In addition, I now have after school sectionals most days until 5 or later, as well as taking the band to the UIL Concert & Sight-Reading contest in the spring.

The winter of 2007-2008
The blog (and the interaction with readers) was something that really helped me when the other band director at my campus had a stroke in December 0f 2007. He was out for three months, and the encouraging comments I got from readers of SYWTT (in addition to church and frantic phone calls to my mother and friends) were immeasurably helpful in getting me through that experience.

Beginning in the spring of 2008, I noticed a sharp drop in the number of posts I was writing on the blog as well as a sharp increase in the number of comments. This came as a result of natural growth of the site, but I soon realized it was too much to keep up with.

During the summer and fall of 2008, untold hundreds of spammy comments were undoubtedly allowed to be posted on the blog simply because I fell down on the job of moderating them. There were a handful of great ones, and I enjoyed the insight I got from many, so I really didn’t think anything of it.

Google enters the fray
I noticed sometime in November that my Google PageRank had been up as high as 5, but it was now hovering somewhere in the 1-2 range. Traffic was still coming from Google, but not as much as I feared it could be. I worked to take care of that some, but really have been unable to bring it back up above 3 again. As a point of reference, my Twitter profile currently has a PageRank of 6.

Though my blog is not huge by any standards, my full-time job as a middle school band director takes up a lot of my focus, and the increased comment load as well as the increasing demand on my attention as far as moderation goes, began to be too much.

Problems compounded
This past fall, I got an email from my hosting company telling me that they were getting a bunch of spam emails being sent out through my blog’s comment functionality. After a few weeks working with them (including a complete shutdown of the site for a day or two), I finally made some changes, installed some plugins, and got them happy again. But comment spam continued flowing.

DISQUS
I installed the DISQUS comment system in October of last year, but soon began to notice an increased time spent loading the pages on the site. Last week, I posted about this, got a comment and subsequent email from some of the people over there, but really didn’t get much of a solution and the whole thing has been bothering me for a while.

The final straw
Yesterday, I bought the 31 Days to Build a Better Blog workbook from ProBlogger. He had a special running that also included a few podcasts. I was listening to Leo Babauta talking about the reasons he removed comments from Zen Habits and it really struck a nerve with me. It’s been building for a while, but this was really why I decided to do it.

I also listened the Neil Patel talking about why he keeps comments on Quick Sprout. I would love to be able to do that and respond to every single comment that comes in, but I also remember that he is a full-time web worker. I’m not. I have other priorities and the blog is taking up too much of my time.

Plus I’m on a mission to run a 5K this spring. Oh yeah, and hopefully lose 50-100 extra pounds in the process. Can’t be sitting on my butt in front of the computer all day when I should be out training, now can I?

Taking up too much of your time? But you rarely post any more!
While it’s true that I rarely post, I am being forced to delete comment spam and really dig through a lot of other administrative tasks that I don’t want to do. I want to get back to that place where I’m really passionate about doing this stuff again.

That may involve some changes in the near future. That may involve me launching one or two new blogs soon. I will most definitely include me spending less time doing blog administration and more time blogging. I’m sure I have a bunch of unfinished blogging projects that I started out at one time or another and need to finish. 2010 is the year of completion and discipline for me.

Will you ever turn comments back on?
I reserve the right to turn the comments back on any time, and who knows, maybe I will again. If I do, I still have all 2,500+ comments saved in the WordPress database, so if I ever decide to flip the switch, they will all be restored. But I wouldn’t hold my breath if I were you…