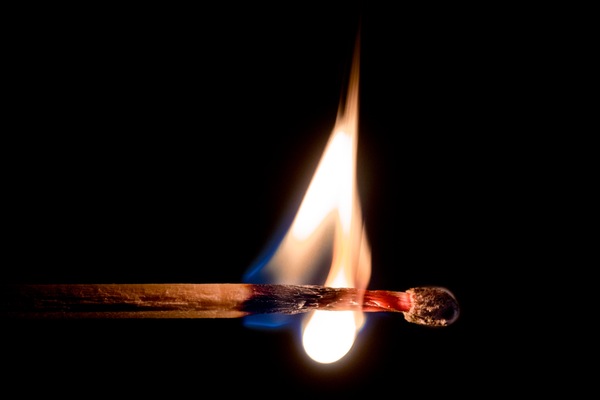 I don’t care if it’s your teaching job or your personal habits or your social life or what it is, we all face burnout at one time or another. Or another or another or another. At times, I can feel like we are in a dark tunnel with no escape and we don’t have the energy to escape. Ummm, not that I have ever experienced that, of course.

ANYWAY, you may or may not be struggling with this now. I would guess at this point in the school year, none of us in the United States are wanting to ever teach another school year. It happens. So I present to you an autobiographical short story that addresses this concept.

Once upon a time
I was listening to the audiobook of Quitter by Jon Acuff the other day, and in Chapter 6, he starts talking about how he started focusing way too much on blog statistics. So much so that he would write another post in the afternoon if his morning’s post didn’t get enough page views or comments or whatever. That got me reminiscing…

I realized that I had done the same thing with my blog. I started my blog as an outlet for me to journal through my learning process as I went from bad teacher to good teacher and, hopefully to master teacher. Somewhere along the journey, my blog started receiving a bunch of attention. Maybe it’s because those were the way early days of edublogging, maybe it’s because I had a few well-timed accidents that brought some attention to it. I don’t know, but I know that I started looking at pageviews way more often than I was writing posts.

Then I decided to open myself up to guest posts and started receiving some great content. Then over the months, much more not-so-great content began trickling in, then flooding me. If you’ve read my blog for very long, you have surely noticed that I fall off the face of the earth for months at a time. I had been wondering why it is that I used to love blogging, but it suddenly became a real chore to the point that I just stopped.

Why did I stop?

I figured it was a combination of information overload and increased responsibilities of my job that drove me to slow and finally stop blogging. But that wasn’t it. There was a time when the other band director at my campus had a stroke and I was unexpectedly thrust into the position of teaching all of his classes and my classes. The stress from that caused me to have an incident with a student a couple of months into the newfound position of me teaching 8 classes in 7 periods. My blogging through that time helped me to tremendously through that time and I apologized to the student, slowed down, reflected, and learned a great deal from that experience. But That’s the thing, I was extraordinarily busy then, but was able to find time to blog. Because it was necessary.

I stopped blogging, because it was no longer adding value to my life. I wasn’t writing what I wanted to write, I was writing to try to get more visitors to come. If a post was popular in the search engines, I would try to replicate that same concept and bring in more people. If it was popular on Twitter, I was sure to write about that topic more often. Lists seem to do well, so I wrote more and more list posts. Lots of fluff, very little content, and I got people coming to the blog. But I was passionless.

The last week or so, I have been thinking more and more about my blog and why I started in the first place. I lost that. I was writing about subscriber numbers, Twitter, Facebook, Quitting Teaching, etc. I didn’t write about these because I wanted to. I wrote about these topics because I figured more people would float on over to my blog to see what I had to say. Then I started posting more guest posts. As I read the submissions that were sent to me, I started having to reject more and more. Again, information overload. Lots of comment spam were posted because I simply couldn’t get through the emails. So I shut down comments entirely for a while. I since reopened them, but limit the window that comments are allowed on new posts.

To put it plainly, I was sick of blogging
I was proud that I had a site up that was bringing in 1,500+ viewers a day, but I didn’t want to continue the work. I compared myself to Angela Maiers and Shelly Terrell, and saw that their blogs had been around about as long as mine, but they were way more popular then mine. I was overwhelmed. I had lost my love of it. I focused more on teaching and pouring myself into my students and less on reflecting.

Then it struck me
What I failed to realize is that Angela and Shelly don’t deal with 250+ adolescents (and their parents) each day. They don’t go to marching contests in the fall, have concerts two or three (or eight) times a year, march in parades, spend hours and hours and hours refining one 3-minute band piece. In fact, I bet they couldn’t do it. And that’s not their job! They inspire educators, and they do a phenomenal job at it! I’m inspired by them. I’ve met up with Shelly on a couple of occasions and every time I go away inspired. She’s just a passionate amazing human being. But I can’t be comparing my blog’s success with someone who is a full-time educational social media guru. It’s not fair to either of us.

So I have to get back to me being me. I inspire people simply by being me. You do too. But do yourself and me and everyone else a favor and go out there to be the most awesome, amazing, passionate version of you that you can possibly be. When we get to that point, look out!

So there it is.

There what is?
The key to igniting my passion (or yours or whoever else’s) is to not compare yourself to other people. To not base your self-worth or job effectiveness or whatever else on how other people perceive that it is that you are doing. No. Measure yourself by how passionately you are working on your dream, or how awesome you are being, or how hard (and intelligently) you are working toward that goal. Those are things that you can change. If my level of “being awesome” isn’t panning out, then I just have to dig deeper and be awesomer.

Dig deeper?
There’s the final piece of my puzzle. So you may remember that a few years ago, I started running after years of being sedentary. I even started up a weight loss blog with my blogging buddy Carol. Well, in the spring of 2011, I lost 45 pounds. I ran a half marathon in November of 2011 and proceeded to gain the weight all back over the next 9 months or so. Somewhere last spring, a few friends had been mentioning P90X and Insanity workout programs. When school let out for the summer of 2012, a friend let me borrow her copy of Insanity and I left it laying around for a while. I finally started messing with it in July and really enjoyed it after a few weeks. When school and marching season rolled around, I really didn’t have the time and energy to continue the program. So I left it setting around.

Then I completed my second half marathon in November of 2012 and it was more than 20 minutes slower than I had been a year before (remember those extra 45 pounds). I also did another half marathon in January (about the same time). Then I decided to push play again and get back into the Insanity thing. The trainer Shaun T is passionate. His attitude is contagious. Yes, there are times when he’s annoying, but he keeps inspiring me to get back up, to “dig deeper”, and to push through to the end of the workout.

Facebook
So I found him on Facebook and started following him. He’s the real deal. He went through the Insanity Program on his own in the 60 days leading up to his birthday this spring and he would complain, but he would push through. So I started getting my So You Want To Teach? page on Facebook a little more active. I started motivating people. I started regaining my passion. I share stuff with my friends on Facebook all the time, but had sort of let the SYWTT page grow stagnant. I changed that and started getting a little more inspired myself.

So what have I learned?
It’s huge. See, I have learned a boatload of things through this whole process. But most importantly, I have learned that I need to stop focusing on the opinion of other people. If an administrator criticizes something I’m doing, I go back to my question, “Is this in the best interest of the students?” If it is, then oh well. I don’t know about you, but I got into the business of education so that I can teach students and help do my part to make the world a better place. But ya know what I’ve found? Most of the administrators that would criticize me for doing something that is in the best interest of the students are either criticizing my methodology or they are criticizing me because they are insecure in themselves. Both of those are not things that I can address. So criticize all you want.

Application
A number of years ago, I went to a clinic at the Texas Bandmasters Association Convention entitled “To Heck With The Judges…Let’s Talk About The Music!” The clinic was given by the renowned Paula Crider, and she talked about not worrying about the rating we get at contest, but about focusing on making beautiful music. Since that time, I have lost track of that advice and have found myself pushing the kids to play better for the rating, and not for the sake of the music. I’m done with that. I’m done with doing things simply because someone else tells me it is urgent to get it done.

Many of you are coming to the end of your first year of teaching. If I can give you three pieces of advice that will make you a better teacher, they would be these:

1 Comment on From Burnout Into Ignited Passion: How Blogging, Information Overload, and Running Made Me A Better Teacher