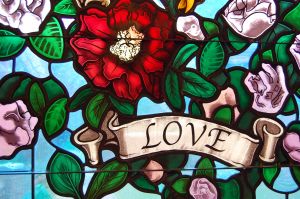 When I was struggling to find hope early in my career as a teacher, I came across a few pieces of advice given by King Solomon from the Proverbs:

He who spares his rod hates his son,
But he who loves him disciplines him promptly. â€” Proverbs 13:24

This one jumped out at me as I realized I overlooked way too much misbehavior. I came to understand that by continually letting the students misbehave because I wanted them to like me was actually counter-productive and instead it made them respect me less. More than that, it showed me that whereas I thought I was being loving, I was actually being hateful.

That helped me a whole lot as it set me on a course to control my classroom for the first time ever.

Recently, I relaxed a bit in that again and while itâ€™s not as bad as it used to be, itâ€™s not what I know it should be. I began to realize this more and more over the past couple of weeks. It was emphasized this week as I was reading Malcolm Gladwellâ€™s book Blink. I began to implement some changes on Thursday and things are much better.

The biggest problem
What I noticed was that I have found it all too easy once again to yell at the kids for not doing what I expect them to do. Why donâ€™t they do it? Well, because they donâ€™t really know my expectations. So I began working on the three basic rehearsal skills that I used to teach to my 6th graders but thought the 7th graders would know by the time they got to me. They didnâ€™t really know them after all.

With these three skills established (and I continually reinforce and remind the students of them), things immediately began to get better.

So what?
All of that would be fine and well, and it gives me more peace and helps me relax more. But it doesnâ€™t really feel like everything is right in the world if thatâ€™s all I change.

Dig deeper
When I get to that place where things donâ€™t feel like they are right, itâ€™s probably because theyâ€™re not. Thatâ€™s one lesson I took away from Blink. Even though I may not know why it doesnâ€™t feel right, I have to trust that thereâ€™s a reason. So I began to dig deeper. And what did I find?

He who would love life
And see good days,
Let him refrain his tongue from evil,
And his lips from speaking deceit.
Let him turn away from evil and do good;
Let him seek peace and pursue it.
For the eyes of the LORD are on the righteous,
And His ears are open to their prayers;
But the face of the LORD is against those who do evil. â€” 1 Peter 3:10-12 (emphasis added)

And you, fathers, do not provoke your children to wrath, but bring them up in the training and admonition of the Lord. â€” Ephesians 6:4

A soft answer turns away wrath,
But a harsh word stirs up anger. â€” Proverbs 15:1

He who has knowledge spares his words,
And a man of understanding is of a calm spirit.
Even a fool is counted wise when he holds his peace;
When he shuts his lips, he is considered perceptive. â€” Proverbs 17:27,28

The discretion of a man makes him slow to anger,
And his glory is to overlook a transgression. â€” Proverbs 18:11

He who covers a transgression seeks love,
But he who repeats a matter separates friends. â€” Proverbs 17:9

So all the while I thought I was being loving by trying to keep students from doing a single thing wrong. I wasnâ€™t being loving, I was merely provoking them and being nit-picky.

Moving forward
I wonder how many students have dropped out of band through the years as a result of my zeal to be right. I wonder how many kids have bad memories of me simply because they were testing the limits and got caught in the crossfire. Iâ€™m afraid I donâ€™t really want to know the answer! But even if I did know the answer, it wouldnâ€™t do any good now. What will do good is for me to analyze where I am now, and be sure that it lines up with the knowledge I currently have. I need to be constantly adjusting my teaching philosophy in response to whatever new knowledge I have. I need to be constantly striving to overlook minor problems and be sure that the ship is heading in the right direction.

I close with an excerpt from Blink that sort of points me in the direction I want to take my teaching:

â€œThe first thing I told our staff is that we would be in command and out of control,â€ Van Riper says, echoing the words of the management guru Kevin Kelly. â€œBy that, I mean that the overall guidance and the intent were provided by me and the senior leadership, but the forces in the field wouldnâ€™t depend on intricate orders coming from the top. They were to use their own initiative and be innovative as they went forward. Almost every day, the commander of the Red [Van Riperâ€™s] air forces came up with different ideas of how he was going to pull this together, using these general techniques of trying to overwhelm Blue Team [the enemy] from different directions. But he never got specific guidance from me of how to do it. Just the intent.â€

Once the fighting started, Van Riper didnâ€™t want introspection. He didnâ€™t want long meetings. He didnâ€™t want explanations. â€œI told our staff that we would use none of the terminology that Blue Team was using. I never wanted to hear that word â€˜effects,â€™ except in normal conversation. I didnâ€™t want to hear about Operational Net Assessment. We would not get caught up in any of these mechanistic processes. We would use the wisdom, the experience, and the good judgment of the people we had.â€

How do I show my students that I love them? By taking them to the place I want them to go without forcing them to be “the people I think they should be.” Let them retain their own personal identity, and things will run much more smoothly than ever before.

A big thank you goes out to Sarah of UrbanMusicEducation.org who recently reminded me of some of these things as well, even thought she doesnâ€™t know she did!